​An update on Jack Eichel, the latest on Tomas Hertl’s contract situation and the Kings search for a defenseman in today’s NHL rumor mill.

TSN: Darren Dreger reports trade talks with the Buffalo Sabres regarding a trade of Jack Eichel seemed to heat up earlier this week but they seem to have since cooled down, though Dreger believes that could change with a phone call.

Both sides are hoping to find a trade that works. If not, Eichel could soon file a grievance through the NHL Players’ Association. If a trade does happen, the 24-year-old could undergo disc replacement surgery early next week.

SPECTOR’S NOTE: Dreger could be alluding to Daily Faceoff’s Frank Seravalli’s report earlier this week indicating talks have picked up recently between the Sabres and Vegas Golden Knights. As always, the sticking points are Eichel’s health, his $10 million annual average value through 2025-26 and the Sabres’ expensive asking price. 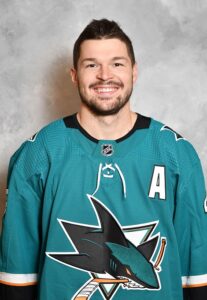 As for the Golden Knights, Seravalli suggested much could depend upon the status of sidelined winger Mark Stone. If he’s out for most or the remainder of the regular season, the Golden Knights could free up $9.5 million in cap space by placing him on long-term injury reserve.

Failing that, a third team would have to get involved to broker a deal, though they’ll likely have to absorb a healthy chunk of Eichel’s cap hit to make the deal work.

Hertl said he’s said many times San Jose is his home and he loves playing there. He knows he and Wilson have to find a way to discuss a new contract. “When we get time, we will for sure talk and I’ll be looking to be here but I don’t know his ideas and stuff,” said Hertl. For now, he’s keeping his focus on playing hockey.

SPECTOR’S NOTE: As I’ve noted before, Hertl’s future with the Sharks depends on his performance as well as theirs. If he proves too expensive to re-sign, Wilson could shop him before the March 21 trade deadline. Contract talks might not begin in earnest until the calendar flips to January 2022. Hertl’s status will be worth monitoring in the New Year.

TSN: Pierre LeBrun reports the long-term injuries of Drew Doughty and Sean Walker have pushed the Los Angeles Kings into the trade market in search of a right-side depth defenseman. Doughty’s out six-to-eight weeks while Walker suffered a season-ending knee injury.

← NHL Morning Coffee Headlines - October 29, 2021 NHL Morning Coffee Headlines - October 30, 2021 →
We use cookies on our website to give you the most relevant experience by remembering your preferences and repeat visits. By clicking “Accept”, you consent to the use of ALL the cookies.
Do not sell my personal information.
Cookie SettingsAccept
Manage consent