​The Hurricanes snuff out the Flames, the Blues defeat the Capitals, plus the latest COVID news and more in today’s NHL morning coffee headlines.

NHL.COM: The Carolina Hurricanes extended their winning streak to five games by dousing the Calgary Flames 6-3. Brady Skjei had a goal and two assists while teammate Andrei Svechnikov scored twice. With 49 points, the Hurricanes vaulted over the New York Rangers and Washington Capitals into first place in the Metropolitan Division. The Flames have lost three straight and sit third in the Pacific Division. 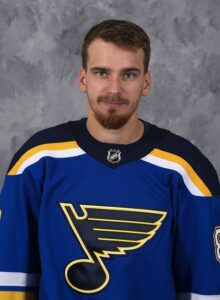 Pavel Buchnevich scored two goals and set up another as the St. Louis Blues rolled to a 5-1 victory over the Washington Capitals. Goaltender Ville Husso kicked out 26 shots for his first win since Nov. 27. The Blues (45 points) move to within one point of the first-place Nashville Predators in the Central Division. Earlier in the day, the Capitals placed Nicklas Backstrom and T.J. Oshie on injured reserve.

NHL.COM: Two Ottawa Senators games have been postponed. The first is tonight’s match against the Vancouver Canucks and the second is their Jan. 15 contest against the Winnipeg Jets.

WINNIPEG SUN: The Jets have backed off their suggested plan to play some of their home games in Saskatoon where arena capacity restrictions aren’t as strict as in Manitoba. A survey of the idea among their season-ticket holders found 40 percent against the idea with 30 percent neutral and 30 percent in approval.

Minnesota Wild winger Kirill Kaprizov will miss tonight’s game against the Washington Capitals after suffering an upper-body injury on Thursday against the Boston Bruins. There is no timetable for his return.

SPECTOR’S NOTE: Kaprizov is enjoying a strong sophomore campaign, sitting among the top-10 scorers with 40 points. A lengthy absence from the lineup could be devastating for the Wild.

WGR 550: The Buffalo Sabres announced they will be raising a banner to long-time broadcaster Rick Jeanneret during “RJ Night” on Apr. 1 honoring his career. Jeanneret is retiring following this season and will call his final Sabres game on Apr. 29.

SPECTOR’S NOTE: A fitting tribute to a fine play-by-play man who’s been part of the Sabres’ history since 1971-72.