Check out the latest on the Bruins, Golden Knights and Ducks in today’s NHL Rumor Mill.

THE ATHLETIC: Fluto Shinzawa believes the Boston Bruins’ most pressing need is for a second-line center for this season and perhaps beyond. He suggested the Philadelphia Flyers’ Claude Giroux could address the former while the Vancouver Canucks’ J.T. Miller would be a good candidate for the latter.

Shinzawa felt center Jack Studnicka could become a trade piece if he can rebuild his game and help the Bruins. Other teams have shown an interest in Studnick and defenseman Urho Vaakanainen, though there are questions about the latter’s ceiling and if he’s playoff ready. If the Bruins believe Vaakanainen is ready, Mike Reilly could be on the move, though Vaakanainen could fetch a better return.

NBC SPORTS BOSTON: Nick Goss believes a lack of defensive depth could be a fatal flaw for the Bruins as it was in recent postseason runs. He suggested targeting the Chicago Blackhawks’ Calvin de Haan, the Seattle Kraken’s Mark Giordano, the Detroit Red Wings’ Nick Leddy or the Arizona Coyotes’ Jakob Chychrun.

SPECTOR’S NOTE: Giroux, Miller and Chychrun could prove to be out of the Bruins’ price range unless they’re willing to part with top prospect Fabian Lysell and that’s something they shouldn’t do. Leddy or de Haan could be more affordable options.

Giordano is somewhere in the middle. He probably won’t be as expensive as Giroux, Miller and Chychrun but will cost more than Leddy or de Haan. The Kraken could seek a first-round pick and a prospect.

NHL.COM: Dan Rosen was recently asked how the Vegas Golden Knights will clear salary-cap space for Jack Eichel’s contract when he’s finally healthy and ready to join their lineup. They currently have Eichel, defenseman Alec Martinez and forward Adam Brooks on injured reserve. 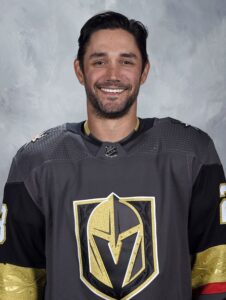 If all three are activated they’ll have to start trading or waiving some depth players. If they’re still over the $81.5 million cap, they’ll have to move a more impactful player like Evgenii Dadonov or Reilly Smith, who each carry cap hits of $5 million.

VEGAS HOCKEY NOW: With the Golden Knights’ recent signing of Brayden McNabb to a three-year deal worth $2.85 million per season, Owen Krepps speculates they could look at shedding a defenseman to trim some payroll. He suggested Martinez could be the odd man out. While they re-signed the 34-year-old blueliner last summer, he’s been sidelined for all but 11 games this season. Meanwhile, the Golden Knights have managed well in his absence.

SPECTOR’S NOTE: Martinez carries a $5.25 million annual average value. Moving him would spare them from shipping out Dadonov or Smith. However, his 16-team no-trade list for this season could complicate efforts to move him.

SPORTSNET: Elliotte Friedman looked at the “to-do list” of new Anaheim Ducks general manager Pat Verbeek. He believes winger Rickard Rakell is the most likely of the Anaheim Ducks’ three notable pending UFAs to get traded. The top question is whether Verbeek can allow Hampus Lindholm to walk if he doesn’t think he can re-sign him.

Josh Manson would also draw interest if they shop him. He’s been linked to the Toronto Maple Leafs but Friedman reports the Leafs are one of the teams on his no-trade list.

SPECTOR’S NOTE: It’ll be interesting to see what Verbeek does as the trade deadline approaches. I think much will depend on where the Ducks in the standings by then. They last reached the playoffs in 2018. Like every club, their revenue has taken a hit by COVID-19 and a chance to get some postseason cash could be tempting. Those three could be retained as own rentals if they’re still in the thick of the Western Conference playoff chase.

← NHL Morning Coffee Headlines - February 5, 2022 NHL Morning Coffee Headlines - February 6, 2022 →
We use cookies on our website to give you the most relevant experience by remembering your preferences and repeat visits. By clicking “Accept”, you consent to the use of ALL the cookies.
Do not sell my personal information.
Cookie SettingsAccept
Manage consent