LATEST ON THE LEAFS AND HURRICANES

TORONTO SUN: Terry Koshan reports Maple Leafs general manager Kyle Dubas wants to see what a healthy and complete roster can do in the coming weeks before reaching any decisions regarding potential moves before the March 21 trade deadline. 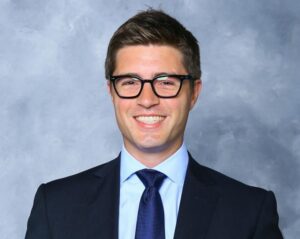 Dubas hopes to see how young defensemen Rasmus Sandin and Timothy Liljegren fare over the next several weeks. The Leafs GM would prefer adding players with term remaining on their contracts. However, he pointed out salary cap limitations will have an effect upon whatever decisions he makes before the deadline. Dubas would prefer retaining his draft picks but they could be in play if necessary.

THE ATHLETIC: Jonas Siegel believes Dubas will be aggressive at the trade deadline to address an apparent need on the blueline or to shore up other roster weaknesses that could crop up before the trade deadline.

SPECTOR’S NOTE: The Leafs are in “win-now” mode this season, perhaps more so than in previous years given their inability to get past the first round. Another early postseason exit could spell the end of Dubas’ tenure as general manager. He’s proven adept at salary-cap gymnastics in the past and I don’t doubt he’ll find some cap flexibility to make a deal that helps his club.

We can expect to hear the Leafs being linked to a number of notable trade candidates in the coming weeks. They’ve already been tied to Anaheim Ducks defenseman Josh Manson despite being on his “no-trade” list.

THE ATHLETIC: Pierre LeBrun reports Carolina Hurricanes GM Don Waddell isn’t feeling any urgency to make a deal right now simply for the sake of doing so. The Hurricanes are on pace for a franchise record of 124 points this season. He’s also not feeling any pressure to react to whatever his division or conference rivals do.

LeBrun points out the Hurricanes are deep in young prospects to draw upon for trade bait to address any need that could arise. He speculates their priority could be adding a left-side defenseman though it remains to be seen if it’s a 4/5 blueliner or a 6/7 rearguard.

SPECTOR’S NOTE: It wouldn’t be surprising if Waddell swings a deal or two before the trade deadline. Still, he can afford to take his time with his club playing as well as it is. If his roster remains healthy he could stand pat or make an affordable minor depth addition.

Speculation over Giroux’s future in Philadelphia has been growing with the Flyers near the bottom of the Eastern Conference standings. General manager Chuck Fletcher has left it up to Giroux to decide if he’ll waive his no-movement clause.

SPECTOR’S NOTE: The Flames need secondary scoring, the Wild and Bruins need reliable second-line centers while the Avalanche could use Giroux’s two-way skills on their second line. Whether any of those clubs are on his no-trade list and if they can afford the Flyers’ asking price (which could be a first-round pick and a top prospect) remains to be seen.

← NHL Morning Coffee Headlines - February 7, 2022 NHL Morning Coffee Headlines - February 8, 2022 →
We use cookies on our website to give you the most relevant experience by remembering your preferences and repeat visits. By clicking “Accept”, you consent to the use of ALL the cookies.
Do not sell my personal information.
Cookie SettingsAccept
Manage consent