I’m a Montreal Canadiens fan. I’ve been one since 1971 when a then-unknown goaltender named Ken Dryden backstopped them to what is known in Canadiens lore as their Miracle Stanley Cup.

Dryden was the player who made me a Canadiens fan and remained my hero throughout the ’70s. However, it was his teammate, Guy Lafleur, who made me believe in hockey magic.

Along with Maurice “Rocket” Richard and Jean Beliveau, Lafleur was part of the trio of the Canadiens’ great Quebec-born superstars that would bring the club 18 Cups in 35 years between 1944 and 1979. 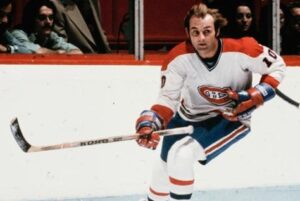 Lafleur joined the Canadiens the season after Beliveau retired in 1971. He was the first-overall pick that year, and while he had a good rookie season, he wasn’t the dominant player that many Canadiens fans expected him to become.

He followed up with two more decent but unspectacular seasons, prompting suggestions that Canadiens general manager Sam Pollock had blundered by taking Lafleur over Marcel Dionne, who had established himself as a scoring star with the Detroit Red Wings during that period.

Then came 1974-75. Lafleur ditched his helmet and blossomed into the superstar that Pollock knew he would become. He went on to become the first player in NHL history to score 50 goals and 100 points in six straight seasons.

Lafleur’s last name in English means the flower, and that was his nickname throughout his career. This flower, however, was no shrinking violet. His offensive exploits earned him the moniker Le Demon Blonde by the Montreal media.

He was the engine that drove the Canadiens dynasty of the late-70s. Winning four straight Stanley Cups from 1976 to 1979, they were one of the most dominant teams in NHL history.

The late 1970s was a great time to be a Canadiens fan. The club was so powerful, so dominant, that you knew they were going to win every game. It was actually a shock during those rare occasions when they didn’t especially in 1976-77 when they lost just eight out of 80 regular-season games and only twice in the playoffs. The Stanley Cup wasn’t something we hoped for like fans of other teams. It was something we expected. Nothing less would suffice.

The Canadiens of that era was loaded with talent that eventually became enshrined in the Hockey Hall of Fame. Dryden, Yvan Cournoyer, Larry Robinson, Bob Gainey, Serge Savard, Guy Lapointe, Jacques Lemaire and Steve Shutt formed the core of those championship years.

Of all those great stars on the Canadiens, it was Lafleur who earned the undying love of the club’s fans. During his prime from ’74-’75 to ’79-’80, he was the most exciting player in the game.

It wasn’t that Lafleur was a high-scoring forward. It was how he scored and controlled the play that made him the world’s best player during those dynasty years.

Long-blonde hair streaming as he raced with the puck, Lafleur was an impressive package of explosive offensive skill. He possessed blazing speed, dazzling stickhandling ability and a hard, accurate shot. The man was like an on-ice magician, conjuring plays that delighted fans and frustrated opponents.

Taking the puck from behind his own net, Lafleur would skate end-to-end leaving defenders gasping in his wake. He literally lifted fans out of their seats in anticipation of a goal. You knew you were going to see something special whenever he touched the puck. Fans chanted, “Guy! Guy! Guy!” following one of his spectacular goals.

Defenders found Lafleur difficult to contain. If he didn’t think he had a decent scoring chance upon gaining the opposition’s zone, he’d curl away to allow his teammates to catch up, looking to send an accurate pass to an open man that would lead to a better scoring opportunity. Dashing down his wing, rather than drive for the net or unleash his powerful slapshot, he’d sometimes carry the puck behind the net, head up, looking all the time for an open teammate.

No finer example of Lafleur’s greatness was Game 7 of the 1979 semifinals against the Bruins. Down 3-1 entering the third period, he got the primary assists on goals by Mark Napier and Lapointe as the Habs tied the score.

The Bruins got a late goal to regain the lead and seemed on the verge of ending the Canadiens’ championship streak until they took a bench minor at 17.26. Still, if they could kill that penalty, they would’ve probably won the game and ended Montreal’s championship run.

With 1:22 left in the game, Lafleur took the puck in his own zone. Circling away from a defender, he dashed up the ice in what appeared to be one of his electrifying end-to-end rushes. Instead, he passed ahead to Lemaire at the blueline, who took three quick strides into the Bruins zone and dropped it back to a streaking Lafleur, who unleashed a blast that beat Bruins goalie Gilles Gilbert to tie the game.

“Fifty-five seconds left in the penalty. A minute and 27 seconds left in regulation time. Boston 4, Montreal 3. Lafleur…coming out rather gingerly on the right side. He gives in to Lemaire, back to Lafleur…HE SCOOOREESSS!” That was the call from the great Canadiens play-by-play man Danny Gallivan. It’s forever etched in my memory.

I was 16-years-old and delirious with joy. The dynasty lived and Lafleur was its savior. Up to that point, I was fearful the Canadiens would be eliminated. After that goal, I had no doubt they were going to win.

Sure enough, Yvon Lambert scored in overtime for the Canadiens to send them to the 1979 Final and their fourth-and-final Stanley Cup. However, it is Lafleur’s goal, the one that rescued the Habs from elimination, that is remembered to this day.

It was Lafleur’s greatest game, and the last great one he had in Stanley Cup playoff action.

After winning their fourth straight Cup, the dynasty ended after that season. Dryden, Cournoyer and Lemaire retired. Scotty Bowman stepped down as head coach. Sam Pollock retired as GM in 1978. Lapointe and Savard were eventually traded away.

While still an effective scorer, injuries began to hamper Lafleur in the early-80s as the club began to shift away from fire wagon hockey to a more defensive system. He reportedly clashed with Lemaire, now the head coach, over his declining ice time.

Lafleur retired in 1984 but staged a comeback with the New York Rangers in 1988-89. He played two more seasons with the Quebec Nordiques, becoming a mentor to a then-promising young forward named Joe Sakic. He put up respectable numbers but age and injuries robbed him of his scoring brilliance. “The Flower” retired for good in 1991.

By that point, I had finally grown to accept that the dynasty years were well and truly over for the Canadiens. Since winning their last Stanley Cup in 1993, I’ve learned to accept that they’re just another club (albeit the one with the richest history) in a 32-team league. Dynasties are a thing of the past, and I wonder if I’ll ever see the Canadiens win the Cup again in my lifetime.

I count myself fortunate that I’ve seen the Canadiens win the Cup eight times, with four of those thanks to Lafleur. His place in hockey history and Canadiens lore is secure.

Thirty-eight years after Lafleur retired from the Canadiens, he remains their all-time leader in assists (728) and points (1,245) and second to Richard with 518 goals. He’s also tied with Steve Shutt for most goals in a season with 60 and their all-time single-season leader with 136 points.

← NHL Rumor Mill - April 22, 2022 NHL Morning Coffee Headlines - April 23, 2022 →
We use cookies on our website to give you the most relevant experience by remembering your preferences and repeat visits. By clicking “Accept”, you consent to the use of ALL the cookies.
Do not sell my personal information.
Cookie SettingsAccept
Manage consent