In the Sunday NHL Rumor Roundup, Pierre-Luc Dubois’ contract negotiations could be worth monitoring and the Wild must find a way to sign Kevin Fiala. 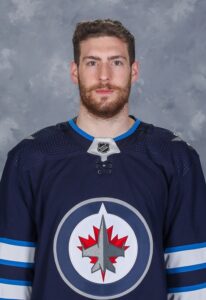 Friedman speculated Dubois’ name could be out there in this summer’s trade market if the 23-year-old center and the Jets fail to reach an agreement on a long-term contract.

SPECTOR’S NOTE: Dubois is completing a two-year deal with a $5 million annual cap hit but an actual salary of $6.65 million for this season. Cap Friendly indicates it’ll cost the Jets $6 million to qualify his rights. I daresay he’ll be seeking more than that on his new contract.

The Jets have $66.3 million invested in 15 active players for 2022-23 with Dubois as their priority signing. They have the talent to be a better club than they’ve been this season but their defensive game needs improvement while their scorers need more consistency.

Whatever moves they make to address their issues this summer will likely factor into their contract discussions with Dubois. He’ll want assurances the Jets can get back on track and become a perennial playoff contender. He will also want to be paid as a first-line center, a role he took over from Mark Scheifele during this season. He could seek $8 million annually, which could mean shedding a high-salaried player to free up cap space for his new contract.

Having given up Patrik Laine to get Dubois last season, it wouldn’t be a good look for this franchise to start peddling him this summer. They might not have much choice if he only wants a two-year deal taking him up to UFA eligibility. However, I believe they’ll get him signed to a long-term deal but it will be expensive.

NBC SPORTS: Adam Gretz believes the Minnesota Wild must find a way to re-sign Kevin Fiala, who’s formed a dominant scoring duo with rookie Matt Boldy this season. The 25-year-old winger is completing a one-year, $5.1 million contract and is enjoying a career year with 32 goals and 82 points.

Fiala is due for a significant raise on his next contract. The Wild, however, face a significant salary-cap crunch over the next three seasons following last summer’s contract buyouts of Zach Parise and Ryan Suter.

Gretz suggests they need to shed some salary to free up the cap space needed to keep Fiala in the fold. They could ship out a depth forward such as Marcus Foligno or Jordan Greenway or Tyson Jost, or perhaps a higher-salaried player such as Matt Dumba or Jonas Brodin.

SPECTOR’S NOTE: Fiala has garnered praise for his improved performance this season. Cynics will suggest he only stepped up his game to land a lucrative long-term deal but I don’t buy into that theory. He’s genuinely worked hard to better all aspects of his game, so much so that parting with him now would be a serious blow to their top-six depth.

As Gretz points out, the Wild must make a cost-cutting deal in order to re-sign Fiala. They have over $74 million invested in 17 players for next season. That includes the $12.7 million buyout hit for Parise and Suter. Moving a higher-salaried player will make it easier to free up sufficient space for Fiala’s next season.

Dumba has frequently surfaced in trade rumors over the past couple of seasons. He’s popular among his teammates but is only a year away from UFA status and carries a 10-team no-trade list. He’d be easier to move than Brodin, who has a full no-movement clause. He would also fetch a better return than Greenway or Foligno.

← NHL Morning Coffee Headlines - April 24, 2022 NHL Morning Coffee Headlines - April 25, 2022 →
We use cookies on our website to give you the most relevant experience by remembering your preferences and repeat visits. By clicking “Accept”, you consent to the use of ALL the cookies.
Do not sell my personal information.
Cookie SettingsAccept
Manage consent