Canada defeats Finland in overtime to win gold at the 2022 World Junior Championship, Nathan MacKinnon enjoys his day with the Stanley Cup in Halifax, and more in today’s NHL morning coffee headlines. 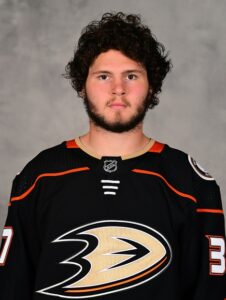 Canada took a 2-0 lead in the game on goals by Joshua Roy (Montreal Canadiens) and William Dufour (New York Islanders) with Mason McTavish (Anaheim Ducks) collecting assists on both. McTavish also saved the game for Canada in overtime by blocking a shot at the goal line, setting the stage for Johnson’s game-winner.

Finland rallied to force the extra frame on goals by Aleksi Heimosalmi (Carolina Hurricanes) and Joakim Kemell (Nashville Predators). They take home the silver medal for its 17th top-three finish in tournament history.

TSN: Nathan MacKinnon celebrated his day with the Stanley Cup with a parade through downtown Halifax. The 26-year-old Colorado Avalanche superstar is a native of Cole Harbour, part of the Halifax municipality. It’s also the home of Pittsburgh Penguins captain Sidney Crosby. MacKinnon spent two seasons with the QMJHL’s Halifax Mooseheads before joining the Avalanche in 2013-14.

SPECTOR’S NOTE: As MacKinnon observed in an interview, returning to Halifax with the Stanley Cup brings his playing career full circle. In his final season with the Mooseheads, he helped them win the QMJHL’s Presidents’ Cup and the Memorial Cup.

PHILLY HOCKEY NOW: The Philadelphia Flyers rank at the bottom of The Athletic’s fan confidence level survey. The Flyers had the fourth-most entries (1,000) by fans upset over the team’s direction and management’s inability to deliver on its promise earlier this year of an “aggressive retool”. The Flyers received a D-minus ranking in roster building, cap management, drafting and development, trades, free agency and vision.

SPECTOR’S NOTE: The Flyers’ only significant addition this summer was hiring John Tortorella as head coach.

NHL.COM: The Carolina Hurricanes extended its affiliation agreement with the ECHL’s Norfolk Admirals through the 2022-23 season.

← NHL Rumor Mill - August 20, 2022 Sunday NHL Rumor Roundup - August 21, 2022 →
We use cookies on our website to give you the most relevant experience by remembering your preferences and repeat visits. By clicking “Accept”, you consent to the use of ALL the cookies.
Do not sell my personal information.
Cookie SettingsAccept
Manage consent