Jack Campbell is looking forward to his role as the Oilers’ starting goalie, Jonathan Drouin hopes to change his luck this season, the Kings re-sign Mikey Anderson, and more in today’s NHL Morning Coffee Headlines.

THE ATHLETIC: Jack Campbell is excited about the opportunity to help the Edmonton Oilers become a Stanley Cup champion. The 30-year-old goaltender signed a five-year, $25 million contract with the club in July following 2 1/2 seasons with the Toronto Maple Leafs. 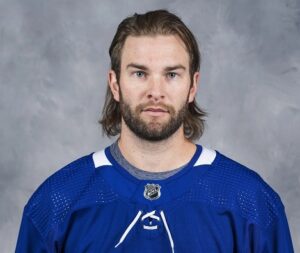 “I just can’t wait to do my part to try to help out and to get to the next step of being a champion,” said Campbell. He acknowledged the Oilers have a lot of work ahead of them but he’s ready to help them out as best he can as their starting netminder.

“For Edmonton to believe in me and allow me to be here for five years and get to work with this group every single day and try to accomplish some amazing things, I’m just so excited.”

SPECTOR’S NOTE: Campbell is getting the opportunity in Edmonton that he thought he’d earned with the Maple Leafs over the past two seasons. This will provide him the chance to silence the critics who point to his inconsistent play over the second half of last season as justification for questioning his abilities as a starting goalie.

MONTREAL HOCKEY NOW: Canadiens winger Jonathan Drouin is seeking a fresh start in the coming season by changing his sweater number from 92 to 27. He wore the latter number during his junior years with the QMJHL’s Halifax Mooseheads and his tenure with the Tampa Bay Lightning.

Drouin, 27, has been sidelined by injuries and a mental health break over the past several seasons. He’s in his contract year and eligible to become an unrestricted free agent next July.

SPECTOR’S NOTE: Hockey players are a superstitious bunch. Most will look for anything to change their puck luck, including a number change.

Drouin needs something to help him have a healthy and productive season. It will determine if he has a future with the Canadiens and if not, will bolster his stock in the free-agent market.

SPECTOR’S NOTE: Anderson, 23, is coming off his entry-level contract and has become a key part of their blueline corps over the past two seasons. His lack of arbitration rights gave Kings general manager Rob Blake the hammer in contract talks but that will change next season when the young blueliner becomes arbitration-eligible.

The Kings have one restricted free agent left in defenseman Sean Durzi, who is also coming off an ELC. With less than $1.4 million remaining in cap space, he’ll probably get a deal similar to Anderson’s.

PITTSBURGH HOCKEY NOW: Dominik Simon has rejected an offer from the Penguins to attend training camp to sign with Czech Elite League club Sparta Praha. The 28-year-old forward spent most of his seven NHL seasons with the Penguins along with stops with the Calgary Flames and Anaheim Ducks, amassing 77 points in 256 career games.

NJ.COM: Jonathan Bernier won’t be ready to start the upcoming season with the Devils. The 34-year-old goaltender underwent hip surgery in January and it isn’t clear when he’ll return to the lineup.

SPECTOR’S NOTE: Bernier’s in the final season of his two-year contract with the Devils. They’re pressed against the $82.5 million salary cap but could place him on long-term injury reserve if necessary to garner some cap relief.

ST. LOUIS POST-DISPATCH’s Jim Thomas recently reported via Twitter that all 32 NHL teams were informed they will be returning to normal, pre-pandemic media access regulations.

← NHL Rumor Mill - September 10, 2022 Sunday NHL Rumor Roundup - September 11, 2022 →
We use cookies on our website to give you the most relevant experience by remembering your preferences and repeat visits. By clicking “Accept”, you consent to the use of ALL the cookies.
Do not sell my personal information.
Cookie SettingsAccept
Manage consent