Marc-Andre Fleury sets a league record, Artemi Panarin and Jesper Bratt maintain their hot starts to the season while Jack Eichel and Trevor Zegras are overtime heroes. Get the details in today’s NHL Morning Coffee Headlines.

NHL.COM: Marc-Andre Fleury picked up his league-record 62nd shootout victory to backstop the Minnesota Wild (4-4-1) over the Chicago Blackhawks 4-3. Fleury made 23 saves in regulation and overtime, Matt Boldy scored twice in regulation while Kirill Kaprizov and Frederick Gaudreau tallied in the shootout. Alex Stalock made 32 saves for the Blackhawks (4-3-1). 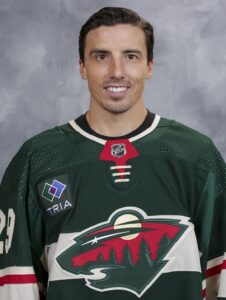 SPECTOR’S NOTE: Before the game, the Blackhawks announced that defenseman Seth Jones is expected to be sidelined for three-to-four weeks with an injured right thumb. It’s a big blow to their defense corps as Jones averaged a team-leading 25:14 of ice time per game.

The New Jersey Devils lifted their record to 6-3-0 with a 7-1 drubbing of the Columbus Blue Jackets, dropping the latter’s record to 3-7-0. Jesper Bratt extended his season-opening points streak to nine games with a goal and an assist while Nico Hischier and Jack Hughes also had two points each. Elvis Merzlikins made 46 saves for the Jackets.

An overtime goal by Trevor Zegras lifted the Anaheim Ducks to a 4-3 upset of the Toronto Maple Leafs. It was Zegras’ second goal of the game while John Gibson kicked out 33 shots as the Ducks got their second win of the season (2-6-1). Leafs center Auston Matthews tallied his third goal of the season as his club’s record fell to 4-4-2.

SPECTOR’S NOTE: Four of the Leafs losses this season have come against rebuilding teams (Ducks, Canadiens, Coyotes) or struggling ones (Sharks). They’re winless in their last four (0-2-2).

Vegas Golden Knights center Jack Eichel tallied in overtime to down the Winnipeg Jets 2-1. Mark Stone scored the tying goal for the Golden Knights (8-2-0) after Adam Lowry opened the scoring for the Jets as they drop to 5-3-1.

SPECTOR’S NOTE: The Jets got a point out of this thanks to a 46-save performance from Connor Hellebuyck.

TSN: Speaking of the Stars, forward Ty Dellandrea was fined $2,333.33 by the NHL department of player safety for interference on New York Rangers goaltender Igor Shesterkin on Saturday.

GOPHNX.COM: Craig Morgan reports sources said the Tempe City Council will likely refer the Arizona Coyotes’ proposed arena and entertainment district to a referendum, leaving the decision up to Tempe voters. The referendum would be held sometime in 2023.

← Tales of NHL Halloween Horror 2022 NHL Rumor Mill - October 31, 2022 →
We use cookies on our website to give you the most relevant experience by remembering your preferences and repeat visits. By clicking “Accept”, you consent to the use of ALL the cookies.
Do not sell my personal information.
Cookie SettingsAccept
Manage consent