Which Flyers could become trade candidates this season? Is Jonathan Drouin on the outs in Montreal? What’s the latest on the Avalanche, Kings and Flames? Find out in today’s NHL Rumor Mill.

WHICH FLYERS COULD BECOME TRADE CANDIDATES?

THE PHILADELPHIA INQUIRER: Who becomes trade bait is among the 15 things Gustav Elvin will watch regarding the Flyers this season. There’s a real chance this turns into a rebuilding year for the club which could lead to a roster shakeup. 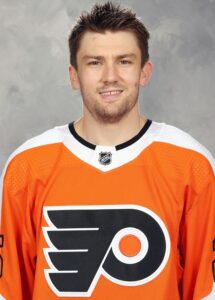 Winger James van Riemsdyk is likely to be moved by the March 3 trade deadline. Winger Travis Konecny and defensemen Ivan Provorov and Travis Sanheim have also surfaced in trade speculation. Trading Sanheim seems far more unlikely but (like van Riemsdyk) he’s in the final year of his contract.

PHILLY HOCKEY NOW: San Carchidi also believed van Riemsdyk will be shopped by the deadline. He also believes defenseman Justin Braun will be a trade candidate by then.

SPECTOR’S NOTE: This is shaping up to be a difficult year for the Flyers unless they surprise the experts and thrive under new head coach John Tortorella. Pending UFAs like van Riemsdyk, Braun and perhaps Sanheim could hit the trade block if they’re out of playoff contention heading into next March.

Provorov and Konecny are both signed through 2024-25 so they could have roles to play in a potential rebuild. However, that could change if general manager Chuck Fletcher (or his successor) decides to tear it all down in a full-fledged roster rebuild. They could also be useful as trade chips as teams could prefer acquiring good players in their mid-twenties with term still remaining on their contracts.

IS DROUIN ON THE OUTS IN MONTREAL?

MONTREAL GAZETTE: Stu Cowan took note of Jonathan Drouin being a healthy scratch for the Canadiens’ home-opening win over the Toronto Maple Leafs last night. The 27-year-old forward is slated to become an unrestricted free agent next summer and carries a $5.5 million cap hit this season.

Drouin has struggled in Montreal and dealt with numerous injuries. Cowan believes it’s obvious he doesn’t have a future with the Canadiens beyond this season and expects GM Kent Hughes will likely look to trade him if he can.

SPECTOR’S NOTE: I don’t see Drouin as part of the Canadiens after this season. However, they’ll have to play him if they hope to boost his stock in this season’s trade market. His cap hit and three-team no-trade list will also be sticking points in any attempt to move him.

LATEST ON THE AVALANCHE, KINGS AND FLAMES

THE ATHLETIC: Pierre LeBrun believes the Colorado Avalanche will be the most aggressive team at the March 3 trade deadline. He thinks they’ll leave no stone unturned in trying to repeat as Stanley Cup champions.

LeBrun also believes the Los Angeles Kings will trade one of their right-handed defensemen but not anytime soon. They’re stacked with right-shot blueliners but management could prefer to be patient and see how the season unfolds before moving one of them.

CALGARY HOCKEY NOW: Steve Macfarlane reports the Flames are still seeking a forward for their third line. Sonny Milano and Cody Eakin weren’t successful in their training camp tryouts so it’s unlikely the Flames will circle back to them.

← NHL Morning Coffee Headlines - October 13, 2022 NHL Morning Coffee Headlines - October 14, 2022 →
We use cookies on our website to give you the most relevant experience by remembering your preferences and repeat visits. By clicking “Accept”, you consent to the use of ALL the cookies.
Do not sell my personal information.
Cookie SettingsAccept
Manage consent