Recaps of Wednesday’s games plus the latest on Marc-Andre Fleury, Patrick Laine and more in today’s NHL Morning Coffee Headlines.

NHL.COM: A hat trick by Trevor Moore powered the Los Angeles Kings to a 3-1 victory over the Edmonton Oilers. Viktor Arvidsson collected three assists as the Kings improved to 11-7-1 (23 points), sitting just three points behind the first-place Vegas Golden Knights in the Western Conference standings. Zach Hyman replied for the Oilers as they drop to 9-8-0. 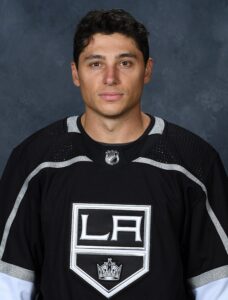 The St. Louis Blues picked up their fourth straight win by dropping the Chicago Blackhawks 5-2. Ryan O’Reilly had a goal and an assist while Jordan Binnington made 25 saves for the 7-8-0 Blues while Andreas Athanasiou scored both goals for the 6-7-3 Blackhawks.

Ottawa Senators goaltender Anton Forsberg kicked out 29 shots in a 4-1 win over the Buffalo Sabres (7-10-0), handing the latter their seventh straight loss. Tim Stutzle and Jake Sanderson each had two points for the Senators as they improved to 6-9-1. Sabres goalie Eric Comrie left this game in the second period following a collision with Senators forward Mathieu Joseph.

SPECTOR’S NOTE: It’s looking like the same old story for the Sabres. They get off to a promising start to the season and then collapse as the schedule rolls along. This will turn into another lost season unless they reverse this skid soon.

TWINCITIES.COM: Minnesota Wild goaltender Marc-Andre Fleury has been sidelined by an upper-body injury. For now, there’s no timeline as to when he’ll return to action.

DAILY FACEOFF: The Carolina Hurricanes will be without winger Teuvo Teravainen, goaltender Frederik Andersen and winger Ondrej Kase for a while. All three are currently sidelined and on injured reserve. Head coach Rod Brind’Amour said they’re not close to returning to action.

SPECTOR’S NOTE: The Hurricanes will feel the absence of Teravainen and Andersen. Both are among their core players.

WINNIPEG SUN: Jets winger Mason Appleton will be out for eight-to-12 weeks with a wrist injury.

NHL.COM: The Boston Bruins have activated goaltender Jeremy Swayman off IR and assigned Keith Kinkaid to their AHL affiliate in Providence.

DAILY FACEOFF: Matt Larkin examines the reasons behind the growing number of goaltenders getting injured and what can be done to address the issue.

SPECTOR’S NOTE: Larkin looks at several good reasons behind the goalie injuries. I believe the main culprit is the butterfly style used by all netminders nowadays. It places tremendous wear and tear on a goaltender’s knees, hips, and groin which can eventually lead to nagging injuries that can shorten a career.

THE ATHLETIC: Fluto Shinzawa looks at the decline of the stand-alone slap shot as the NHL’s signature scoring weapon.

SPECTOR’S NOTE: Shinzawa isn’t referring to the one-timer, which he points out remains an effective scoring weapon. He’s talking mainly about a player receiving a pass, then winding up and firing the puck.

I think the main reason is the increased pace of the game and the rise in shot blocking have made the stand-alone slapper a less effective tool. It will never fully go away but it’s not as reliable for scoring as it once was.

OTTAWA SUN: Sources report Michael Andlauer, the owner of the Ontario Hockey League’s Hamilton Bulldogs, is teaming up with Rocco Tullio (owners of the OHL’s Oshawa Generals) in an attempt to purchase the Senators.