Could the Flames re-sign Milan Lucic? Will the Oilers trade a forward to make room for Dylan Holloway? What coaches are available if some teams consider making changes behind the bench? Find out in today’s NHL Rumor Mill.

WILL THE FLAMES SIGN LUCIC TO A NEW CONTRACT?

CALGARY HOCKEY NOW: Steve Macfarlane recently mused over whether the Flames will re-sign Milan Lucic. The 34-year-old power forward is slated to become an unrestricted free agent next July. He’s been one of their steadiest players this season and is skating on the second line with Elias Lindholm and Tyler Toffoli. 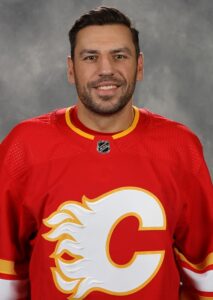 In addition to Lucic’s improved play, he’s also become a leader in the dressing room. Macfarlane believes there’s little doubt he wants to stay in Calgary and would cost a lot less than the $6 million average annual value he’s earning split between the Flames and the Edmonton Oilers.

SPECTOR’S NOTE: The Flames have limited cap space ($1.7 million) for 2023-24. Fortunately, all their core players are under contract and Lucic is their most noteworthy pending free agent.

They might have to create some additional cap room even if Lucic’s next contract is a short-term one at a far more affordable rate than his current one. Still, I think the two sides can work something out if he wants to stay and management feels he can still contribute.

WILL THE OILERS MOVE A FORWARD TO MAKE ROOM FOR HOLLOWAY?

THE ATHLETIC: Allan Mitchell examined the Edmonton Oilers’ options to get promising winger Dylan Holloway more playing time this season. The easiest choice would be to send him to their AHL affiliate in Bakersfield and then recall the 21-year-old if he does well there after a few games.

Another would be finding a way to create room on the roster for Holloway to skate among the top-six forwards. That could come down to making a decision on moving Kailer Yamamoto, Jesse Puljujarvi or Warren Foegele.

Mitchell believes Yamamoto will stay put, in part because he’s signed through next season. Puljujarvi has frequently surfaced in media trade rumors but Mitchell believes the big winger helps the team even when he’s not scoring.

That leaves Foegele as potentially vulnerable. He‘s a left-shot winger filling the position Holloway is best suited to play.

SPECTOR’S NOTE: Foegele hasn’t popped up as much as Puljujarvi in the rumor mill but he has been mentioned before as a trade candidate. However, general manager Ken Holland has found ways to balance his roster thus far without resorting to a trade. I think Holloway’s destined spend some time in Bakersfield.

DAILY FACEOFF: Matt Larkin looked at the notable former NHL coaches currently available for any team that might be considering a shakeup behind the bench this season.

Larkin also listed “up-and-comers” such as Ryan Warsofsky, Jay Leach and Ian Laperriere. He also noted former NHL coaches Mike Babcock and Joel Quenneville are available but suggests both carry too much baggage to return to the league’s coaching ranks.

← NHL Morning Coffee Headlines - November 5, 2022 NHL Morning Coffee Headlines - November 6, 2022 →
We use cookies on our website to give you the most relevant experience by remembering your preferences and repeat visits. By clicking “Accept”, you consent to the use of ALL the cookies.
Do not sell my personal information.
Cookie SettingsAccept
Manage consent