What could the Rangers have in store for the trade deadline? Could the Ducks shop a goaltender? Are the Oilers interested in Jake McCabe? Find out in today’s NHL Rumor Mill.

WHAT WILL THE RANGERS DO AT THE TRADE DEADLINE?

THE ATHLETIC: Arthur Staple recently explored the New York Rangers’ options for the March 3 trade deadline. He believes general manager Chris Drury is pondering whether to make a big-ticket acquisition or a couple of smaller ones.

Much will depend on whether Kane wants to be traded, where he wants to go and if the Rangers could get him for an affordable cost with the Blackhawks retaining half of his cap hit. O’Reilly is sidelined for six weeks with a broken foot and it could take until the week of the deadline for his market value to become clearer. Horvat could still re-sign with the Canucks but Staple doubted the Rangers could out-bid other clubs for his services.

Drury could instead look at bolstering the left side of his third defense pairing with a rental player. Staple mentioned the Anaheim Ducks’ Nathan Beaulieu or Dmitry Kulikov as well as the Philadelphia Flyers’ Justin Braun.

SPECTOR’S NOTE: It would be something of a letdown if Kane isn’t traded to the Rangers given the months of speculation linking the Blackhawks star to New York. I’m not saying that’s a bad thing for the Blueshirts to do. Given the hype, however, it would feel a little disappointing. 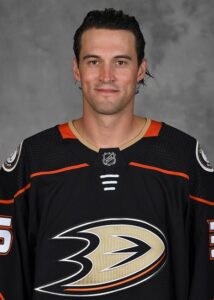 Drury will do what he needs to do to affordably improve his club. The Rangers aren’t in a position where their Stanley Cup window is closing. The youth and talent on their club should ensure that they have several years ahead of them where they could become legitimate Cup contenders.

Unless they’re getting Kane or another quality top-six scorer at a reasonable rental price, the Rangers will likely tweak the roster before the trade deadline and see how things play out. Drury can then look at making more significant additions during the offseason in the trade and free-agent markets.

WILL THE DUCKS TRADE A GOALTENDER?

THE ATHLETIC: Eric Stephens wonders what the Anaheim Ducks will do about their goaltending after promising Lukas Dostal’s solid performance during his recent call-up. He’s been sent back to their AHL affiliate in San Diego but he clearly doesn’t belong there.

Stephens believes John Gibson needs a trade. He has a 10-team no-trade list but Stephens believes that can be worked around. However, the remaining four years of his contract, with its average annual value of $6.4 million, is a big obstacle. It would be difficult finding a team in need of an upgrade in goal with the cap space to take on his contract.

Another option could be moving backup Anthony Stolarz, who carries a more affordable $950K cap hit and is slated to become a UFA. If the Ducks want to move Stolarz they’ll have to showcase him.

SPECTOR’S NOTE: The Ducks are stuck with Gibson unless they either buy him out this summer or retain half of his cap hit to facilitate a trade. They won’t do the former while the latter would leave them with four years of $3.2 million in dead cap space each year, which Stephens doubts they’ll want to do.

They might be able to find a taker for Stolarz over the next couple of months among playoff contenders looking to shore up their goaltending depth. Otherwise, Dostal will have to spend the remainder of this season in the minors unless injuries sideline Gibson or Stolarz again.

COULD THE OILERS LAND MCCABE?

SPORTSNET (stick tap to NHL Watcher): On Jan. 3, Elliotte Friedman said the Chicago Blackhawks really like Jake McCabe and are in no hurry to move the defenseman. However, they also understand he probably wants to play for a winner. Friedman expects the Edmonton Oilers to be among the suitors.

The following day on The Jeff Marek Show, Friedman expressed doubts about the Oilers landing McCabe. He’s not sure the blueliner wants to play in Canada and has some no-trade control. Friedman thinks Oilers GM Ken Holland will have to look elsewhere for help on his blueline.

SPECTOR’S NOTE: In shorts, the Oilers are interested in McCabe but he’s apparently not interested in them or any other Canadian team. He has a seven-team no-trade list.

← NHL Morning Coffee Headlines - January 5, 2023 NHL Morning Coffee Headlines - January 6, 2023 →
We use cookies on our website to give you the most relevant experience by remembering your preferences and repeat visits. By clicking “Accept”, you consent to the use of ALL the cookies.
Do not sell my personal information.
Cookie SettingsAccept
Manage consent