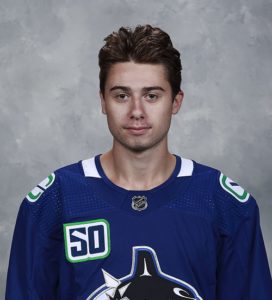 SPECTOR’S NOTE: Kubalik was a pleasant surprise for the Blackhawks this season, become the leading goal-scorer (30) among this season’s rookie class, but he will be overshadowed by Hughes and Makar. During the first half of this season, Makar seemed a lock for the Calder, but Hughes steadily came on throughout the season. The Canucks blueliner leads this season’s rookies in assists (45), points (53), and power-play points (25) while sitting second in ice time, averaging 21:53 per game.

SPECTOR’S NOTE: Cassidy’s Bruins were the NHL’s top team during the regular season. Tortorella’s efforts helped his injury-ravaged Blue Jackets remain a playoff contender. Vigneault guided the Flyers to their first best performance (second in the Metropolitan Division) since 2010-11. Tortorella is a two-time winner (2003-04, 2016-17) of the Adams Award while Vigneault took home the award in 2006-07.

THE SCORE: Winnipeg Jets winger Patrik Laine admits he’s not quite up to speed following his lengthy layoff. “Still kind of far away,” he told reporters yesterday. “It’s kind of hard to see myself playing playoff hockey in two weeks.”

SPECTOR’S NOTE: Laine won’t be the only NHL player trying to shake off the rust and return to game shape following a four-month layoff. He said he’s trying to make the most of it and hopes to be game-ready when the puck drops.

TRIBLIVE.COM: There are mixed reports regarding Matt Murray’s performance in the opening three days of Pittsburgh Penguins’ training camp. Mark Madden cites sources claiming  Tristan Jarry is outplaying Murray, but Seth Rorabaugh (who’s covering the Penguins’ training camp) said he’d seen no difference in play between the two. Rorabaugh observed Murray is more often between the pipes when facing some of the Penguins’ top players.

SPECTOR’S NOTE: Murray’s restricted free agent status at season’s end ensures he’ll be closely watched in practice and the upcoming playoff tournament. He’s been the subject of frequent trade speculation this season. His performance will determine his future with the Penguins.

NBC SPORTS BOSTON: Bruins winger David Pastrnak joined his teammates for his first practice since completing his mandatory quarantine period after returning from the Czech Republic.

CBS SPORTS: Vegas Golden Knights goaltender Marc-Andre Fleury is expected to make his training camp debut before the weekend. He’s been sidelined with an undisclosed issue.

CANES COUNTRY: Sami Vatanen is healthy and looking forward to making an impact with the Carolina Hurricanes in the upcoming playoff tournament. The Hurricanes acquired the 29-year-old defenseman near the trade deadline, but an injury prevented him from suiting up with his new team.

SPECTOR’S NOTE: With Dougie Hamilton recovered from a broken leg, he and Vatanen will provide a much-needed boost to the Hurricanes’ defense corps, especially if Brett Pesce (shoulder surgery) remains unable to participate.

NBC SPORTS: The pause in the schedule proved to be a silver lining for a banged-up Columbus Blue Jackets lineup, allowing sidelined players such as Seth Jones, Oliver Bjorkstrand, and Cam Atkinson an opportunity to recover.

SPECTOR’S NOTE: The league’s clampdown on the players’ medical status only stokes speculation over the motivation behind such moves.

SPORTSNET: The Toronto Maple Leafs were told to stop using on-ice officials during their practices following complaints from rival clubs.

NBC SPORTS CHICAGO: The Blackhawks officially signed defenseman Ian Mitchell to a three-year, entry-level contract beginning next season. He would’ve had the first year of his ELC burned off if he’d joined his teammates for Phase 3 training camp.

THE NEWS & OBSERVER: Former Carolina Hurricanes TV announcer John Forslund will be freelancing for NBC Sports during the upcoming playoff tournament. His status with the Hurricanes remains uncertain since his contract expired last month.

← COVID-19 Could Still Derail the NHL's Return-To-Play Plan NHL Rumor Mill - July 16, 2020 →
We use cookies on our website to give you the most relevant experience by remembering your preferences and repeat visits. By clicking “Accept”, you consent to the use of ALL the cookies.
Do not sell my personal information.
Cookie SettingsAccept
Manage consent