The Bruins take a 2-1 series lead over the Islanders, the Hurricanes narrow the Lightning’s series lead, Mark Scheifele is suspended, the Calder Trophy finalists are announced, and more in today’s NHL morning coffee headlines.

NHL.COM: Brad Marchand’s overtime goal gave the Boston Bruins a 2-1 victory over the New York Islanders in Game 3 of their second-round series. Craig Smith opened the scoring for Boston in the first period but the Islanders’ Mathew Barzal tied it in the third. Bruins goaltender Tuukka Rask made 28 saves while Semyon Varlamov turned aside 39 for the Isles. The Bruins hold a 2-1 lead in the series. Game 4 goes on Saturday on Long Island. 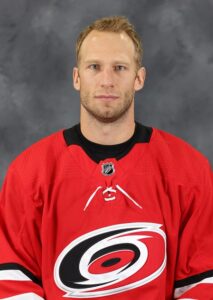 The Carolina Hurricanes picked up their first win of their second-round series against the Tampa Bay Lightning with a 3-2 overtime victory in Game 3. Jordan Staal tipped in Sebastian Aho’s shot for the winning goal. Aho had a goal and two assists while Petr Mrazek made 35 shots for the win in his first game in this postseason. Tampa Bay rallied back from a 2-0 deficit on goals by Brayden Point and Alex Killorn. The Lightning holds a 2-1 series lead with Game 4 on Saturday in Tampa Bay.

Winnipeg Jets center Mark Scheifele received a four-game suspension by the NHL department of player safety for charging Montreal Canadiens forward Jake Evans during Game 1 of their series on Wednesday.

SPECTOR’S NOTE: This is a hefty suspension for a star player with no previous suspensions or fines. Coming in the middle of the playoffs, it’s the equivalent of an eight-game suspension in the regular season. Evans suffered a concussion and could miss the rest of this series.

The absence of their top forward is a big loss for the Jets in this series. They also played Game 1 without center Paul Stastny (undisclosed) and lost defenseman Dylan DeMelo to a lower-body injury. There’s a chance Stastny could return for Game 2 tonight in Winnipeg but DeMelo seems unlikely to play.

SPORTSNET: The NHL hopes to have a decision soon regarding US teams crossing the Canadian border for the semifinals of the Stanley Cup playoffs. Deputy commissioner Bill Daly said talks with the Canadian government are ongoing.

← NHL Rumor Mill - June 3, 2021 NHL Rumor Mill - June 4, 2021 →
We use cookies on our website to give you the most relevant experience by remembering your preferences and repeat visits. By clicking “Accept”, you consent to the use of ALL the cookies.
Do not sell my personal information.
Cookie SettingsAccept
Manage consent