An update on the Coyotes’ efforts to shop Jakob Chychrun, the latest Canucks speculation, and some suggested trade targets for the Oilers in today’s NHL Rumor Mill.

GOPHNX.COM: Craig Morgan reports nothing has changed regarding Jakob Chychrun’s trade request or the Arizona Coyotes’ efforts to move the 24-year-old defenseman. However, everything is in a holding pattern as interested clubs assess the blueliner’s strengths, weaknesses, potential and the Coyotes’ asking price. 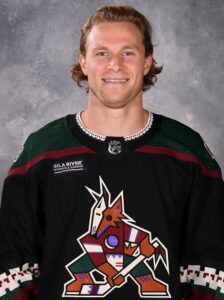 It’s expected interest in Chychrun will increase as he rounds into game shape after being sidelined until late November by offseason wrist surgery. He’s looked good thus far and is logging over 23 minutes of ice time per game since his return. Morgan suggests that’s in part because management is trying to showcase the rearguard.

SPECTOR’S NOTE: There remains considerable interest in Chychrun around the league. His puck-moving skills and ability to play big minutes would make him a welcome addition to any blueline.

However, it all comes down to whether the oft-injured Chychrun can stay healthy this season. His injury history is making interested clubs reluctant to meet the Coyotes’ asking price. The longer he can keep playing and producing, the more likely one of those teams will step up and meet that price.

VANCOUVER HOCKEY INSIDER: Rob Simpson reports the Canucks leadership group is “fragmented, inconsistent and cliquey.” So much so that “at least two Canucks core stalwarts” would welcome a trade. He believes management needs to make some choices sooner instead of later, preferably in January following the holiday break and approaching the midseason mark.

Simpson also reports the Canucks are getting lots of calls about Luke Schenn. The 33-year-old is a tough right-shot defenseman who’s a leader on and off the ice. If the Canucks can get a prospect with a similar upside they should go for it.

SPECTOR’S NOTE: The Canucks have shown some signs of improvement in the last couple of weeks. Much depends on how this month plays out, especially with goaltender Thatcher Demko sidelined for six weeks with a lower-body injury.

If they sink again in the standings during Demko’s absence, management could consider getting an early start in the trade market when the calendar flips to January.

WHICH RUGGED FORWARDS SHOULD THE OILERS TARGET?

THE ATHLETIC: Allan Mitchell recently noted the “worst-kept secret in Edmonton” is the Oilers’ search for “a rugged depth forward who can impact the game physically.” He went on to suggest five potential trade targets with average annual values at $3 million or less.

The Boston Bruins have two in Trent Frederic and A.J. Greer. Others include the New Jersey Devils’ Nathan Bastian and the Philadelphia Flyers’ Zack MacEwen.

SPECTOR’S NOTE: Of these, the only one possibly available is MacEwen given the Flyers’ low placement in the standings. That’s assuming they finally acknowledged it’s time to start a rebuild as soon as possible.

The Bruins and Devils are flying high in the standings right now and have no reason to shake things up. However, the Bruins are pressed for cap space and that might necessitate moving out a salaried player. That move could come from their blueline as Mike Reilly has been in and out of their lineup this season due to salary-cap constraints. 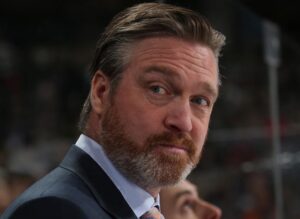 Glasberg tied the rumors linking Roy to the Canadiens on the club’s poor play this season. He called them “nonsense, falsehoods,” adding he has never spoken to Molson about his client. He said Roy has given him the mandate to monitor opportunities around the league, not just in Montreal, but also indicated Roy is doing very well in his current positions as head coach and general manager of the QMJHL’s Quebec Remparts.

SPECTOR’S NOTE: The speculation about Roy joining the Canadiens has it basis in the growing concern among Quebec hockey pundits over the club’s current plight. The Habs are rudderless with Molson seemingly in hiding, Marc Bergevin looking like a lame-duck GM, the players confused by Dominique Ducharme’s coaching, and the club’s puzzling unwillingness to name a new captain with Shea Weber sidelined with potentially career-ending injuries.

Glasberg didn’t rule out the possibility of speaking with the Canadiens on Roy’s behalf if the club contacted him. Time will tell if that call gets made.

NHL.COM: Columbus Blue Jackets forward Max Domi was fined $5,000.00 by the NHL’s department of player safety for unsportsmanlike conduct during Wednesday’s game against the Winnipeg Jets.

The New Jersey Devils claimed forward Nathan Bastian off waivers from the Seattle Kraken on Thursday. The Kraken chose Bastian in this summer’s expansion draft after the Devils left him unprotected.