All three of Wednesday’s games end in 4-3 scores plus the latest on Gabriel Landeskog, Aaron Ekblad, Jake Muzzin and more in today’s NHL Morning Coffee Headlines.

NHL.COM: An overtime goal by Neal Pionk lifted the Winnipeg Jets over the Colorado Avalanche 4-3. Pionk finished the night with two goals while Jets goalie Connor Hellebuyck made 30 saves for the win. Mikko Rantanen scored twice for the Avalanche while Valeri Nichushkin had a two-point game. 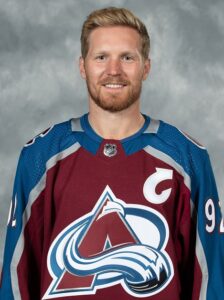 SPECTOR’S NOTE: Both clubs were without a key player in this contest. The Avalanche announced before this game that Gabriel Landeskog underwent arthroscopic knee surgery and will be sidelined for 12 weeks. The Avs captain had surgery last March on his knee and returned for the playoffs but it continued to bother him throughout the offseason and sidelined him through training camp and the start of this season.

Meanwhile, Jets winger Nikolaj Ehlers was sidelined by an undisclosed injury and remains questionable for Thursday’s game against the Vegas Golden Knights. The club also announced that head coach Rick Bowness will return on Saturday from his bout with COVID-19.

St. Louis Blues defenseman Justin Faulk scored two goals, including the game-winner in overtime, to defeat the Seattle Kraken 4-3. Blues winger Vladimir Tarasenko collected three assists while goalie Jordan Binnington got the win with a 32-save performance. Alex Wennberg and Oliver Bjorkstand each had two assists for the Kraken, who are 1-2-2 in their first five games.

The Florida Panthers got two goals from Carter Verhaeghe as they held off the Philadelphia Flyers 4-3 to hand the latter their first loss of the season. Aleksander Barkov, Matthew Tkachuk and Sam Bennett each collected two assists while Travis Konecny and James van Riemsdyk were among the Flyers’ goal scorers.

SPECTOR’S NOTE: The Panthers played this game without top defenseman Aaron Ekblad, who was placed on long-term injury reserve with a lower-body injury. There is no timetable for his return, which is bad news for the Panthers’ already thin blueline depth. Speaking of the Flyers, they claimed center Lukas Sedlak off waivers from the Colorado Avalanche.

SPECTOR’S NOTE: The Leafs lost two games of their first four games to teams they should easily defeat (Arizona, Montreal) and barely won the other two games. That has a number of their followers already on edge. Keefe’s clarification drew criticism from social media with some suggesting that it’s indicative of the Leafs’ fragility this early in the season.

DETROIT HOCKEY NOW: Red Wings forward Jakub Vrana has entered the NHL/NHLPA Player Assistance Program and will be out of the lineup for an indefinite period.

SPECTOR’S NOTE: Here’s hoping Vrana gets the help he needs to resume his playing career and get his life back on track away from the arena.

MONTREAL GAZETTE: Goaltender Jake Allen has returned to the Canadiens lineup. He missed Monday’s game against the Pittsburgh Penguins as his wife was giving birth to the couple’s third daughter.

SPECTOR’S NOTE: Congratulations to the Allen family on their new arrival.

TWINCITIES.COM: Jordan Greenway makes his season debut with the Minnesota Wild. The 25-year-old winger underwent off-season shoulder surgery. He also underwent procedures to have a cyst removed from his ankle and to have his wisdom teeth removed.

CALGARY SUN: The city of Calgary and the Flames organization have restarted formal talks on the construction of a new arena. Negotiations fell apart last year over cost overages weeks before construction was to start on a $650 million project.

SPECTOR’S NOTE: Wake me when you’ve got a deal. And yes, I believe they will hammer out a deal.