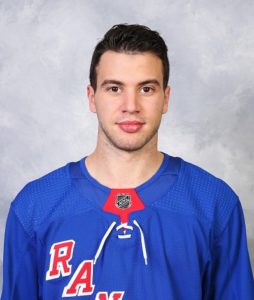 Updates on the Islanders, Rangers, and Senators in the Sunday NHL rumor roundup.

NEWSDAY: Arthur Gross wonders what could be in store this summer for the New York Islanders if they miss the 2020 postseason. He feels it would be a wasted opportunity following a strong start to this season, as well as a step back after advancing to the second round last year. He also notes they gave up draft picks (including a conditional first in 2020) for Jean-Gabriel Pageau at the trade deadline. Gross believes the Islanders need more pop in their offense. He points out general manager Lou Lamoriello attempted to sign Artemi Panarin last summer before he joined the Rangers. Gross wonders if Arizona Coyotes winger Taylor Hall might fit the bill if he tests this summer’s free-agent market.

SPECTOR’S NOTE: Landing a scoring winger for Mathew Barzal’s line should be a priority this summer for the Islanders. With over $71 million invested in 18 players and restricted free agents like Barzal, Ryan Pulock and Devon Toews due to big raises, the Isles lack the cap space to pursue a big-ticket UFA even if the cap rises to $88 million. Unless Lamoriello slashes payroll to make room for someone like Hall, he’ll have to go the trade route to bolster his scoring.

A QUIET OFF-SEASON FOR THE RANGERS?

LOHUD.COM/USA TODAY: In a recent mailbag segment, Vincent Mercogliano said he didn’t expect the New York Rangers to be major players in this summer’s UFA market. He reminded his readers the Rangers signed Artermi Panarin, Jacob Trouba, and Chris Kreider to expensive contracts since last summer.

If the salary cap rises as projected to between $84 million and $88 million, the Rangers will have between $17-$22 million in cap space. However, Mercoglian anticipates re-signing free agents like Tony DeAngelo, Ryan Strome, Brendan Lemieux, Alexandar Georgiev, and Jesper Fast will quickly use up most of it. They could move some of them to create more cap room, but this summer’s UFA market doesn’t have talent that would suit the club’s needs. It’s deep on wingers, but the Blueshirts need more depth at center.

SPECTOR’S NOTE: The Rangers made their big splashes last summer with Panarin and Trouba. The focus this year will likely be on re-signing those free agents. Management could shop those whose contract talks could become contentious, but I think the intent is to keep them. Mercogliano speculates they could shop Georgiev, but I think they’ll either attempt to trade or buy out Henrik Lundqvist.

HAINSEY COULD RETURN WITH SENATORS

OTTAWA SUN: Bruce Garrioch recently reported the Senators are open to the idea of bringing back Ron Hainsey for another season. The 38-year-old defenseman will become an unrestricted free agent this summer. He’s been Thomas Chabot’s regular defense partner. Head coach D.J. Smith is pleased with Hainsey’s efforts this season, saying he’ll speak with GM Pierre Dorion about bringing him back.

SPECTOR’S NOTE: Not really a free-agent rumor, but something that could be worth watching this summer. Smith noted Hainsey’s been like an on-ice coach for younger blueliners like Chabot. He would be a steadying influence for another season. If Hainsey retires or signs elsewhere, the Sens could turn to this summer’s trade or UFA market for a suitable replacement. ← Are The Colorado Avalanche Poised to Make a Big Splash in the NHL Trade Market? NHL Morning Coffee Headlines - December 11, 2019 →
« Older Entries
We use cookies to ensure that we give you the best experience on our website. If you continue to use this site we will assume that you are happy with it.Ok