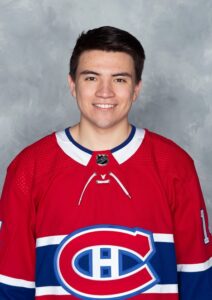 The latest on Colton Parayko, Dylan Strome, Erik Gudbranson, and Jaromir Jagr plus speculation on when the 2020-21 season might begin in today’s NHL morning coffee headlines.

NHL.COM: Vegas Golden Knights defenseman Alex Pietrangelo believes Colton Parayko is ready to still up and fill his spot on the St. Louis Blues. Pietrangelo, who signed a seven-year deal with the Golden Knights last month, believes his former teammate has what it takes to become the leader of the Blues’ defense corps. The Blues haven’t indicated yet what Parayko’s role will be but the 27-year-old blueliner said he’s looking forward to the challenge. 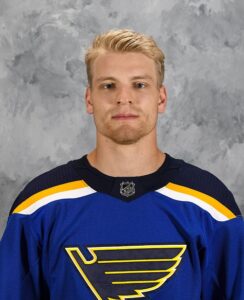 SPECTOR’S NOTE: Parayko will have some big skates to fill. How well he adjusts to replacing Pietrangelo on the Blues’ top defense pairing will determine how the Blues perform in their own zone next season.

OTTAWA SUN: Ottawa native Erik Gudbranson is happy to be playing in his hometown after being recently acquired by the Senators. He and his wife are expecting their first child in March and are pleased to be close to family. Gudbranson is also looking forward to playing for what he considers a “really good, up-and-coming hockey team” in Ottawa.

NEW YORK POST: Former NHL great and future Hall-of-Famer Jaromir Jagr doesn’t want the pandemic to get in the way of his hockey planers. The 48-year-old winger hopes to continue playing for one more season in the Czech Republic with Kladno, the club which he is also the majority owner.

SPORTSNET (via KUKLA’S KORNER): Elliotte Friedman and Chris Johnston yesterday shared their thoughts on when they felt the 2020-21 NHL season might begin.

Return-to-play talks between the NHL and NHLPA cooled recently over the league’s requests for an increase in escrow and salary deferral rates. Nevertheless, Friedman believes the two sides will eventually work things out. He feels it would be disastrous for the owners and players if the NHL doesn’t play this season while other sports leagues (such as the NBA) are carrying on with their respective schedules.

Johnston said the players and coaches are preparing as though training camp could start on Dec. 15 but they want some clarity over when the season might begin. He feels the owners and players must start discussions soon.

Friedman postulates training camp could be shorter than we’re used to, suggesting it could be 10 days instead of 14 without exhibition games since the league can’t make money off them without fans. The players are already in good shape and ramping up in anticipation of camp. He also thinks there won’t be as many players invited to camp compared to previous years. If some players returning to Canadian teams miss the start of training camp because they have to quarantine for 14 days the teams may just have to live with it.

Johnston thinks it could take up to four weeks from the time an agreement is reached to when they drop the puck on the season. Friedman’s “educated guess” is the players are brought in right after Christmas and the puck drops between Jan 6 – 8.

SPECTOR’S NOTE: A return-to-play on New Year’s Day or early January is possible if the NHL and NHLPA are willing to be flexible with the training-camp period. For now, discussions between the two sides have stalled for over a week. That could soon change coming out of the American Thanksgiving long weekend and the calendar flipping to December.

Many pundits maintain there’s a mutual desire among the NHL leadership and the players to stage a shortened season as soon as possible, with Jan. 1 often mentioned as the target date. The longer this stalemate between the two sides over escrow and salary deferral rates drags on, the less likely we’ll see a puck drop in early January.

← Latest on the Lightning, Bruins and Islanders in NHL Rumor Roundup NHL Rumor Mill - November 28, 2020 →
Next Entries »
We use cookies on our website to give you the most relevant experience by remembering your preferences and repeat visits. By clicking “Accept”, you consent to the use of ALL the cookies.
Do not sell my personal information.
Cookie SettingsAccept
Manage consent