NHL.COM: The Tampa Bay Lightning thumped the New York Islanders 8-2 in Game 1 of the Eastern Conference Final. Brayden Point and Nikita Kucherov each collected five points while Victor Hedman and Kevin Shattenkirk each had three points. Jordan Eberle and Nick Leddy replied for the Islanders, who pulled goalie Thomas Greiss in the first period after he gave up three goals on nine shots.

SPECTOR’S NOTE: The Lightning dominated the Islanders from the opening faceoff to the final whistle. Whatever the reason – lack of time to prepare following their Game 7 win over the Flyers on Saturday, the travel day between games – the Isles were flat in this contest. The Bolts aren’t expecting further lopsided wins in this series as their opponent is expected to put up a better effort in Game 2 on Wednesday.

Ottawa Senators winger Bobby Ryan is this year’s winner of the Bill Masterton Memorial Trophy for perseverance. He took an extended leave of absence in November to receive treatment for alcohol abuse. Ryan returned in February and tallied a hat trick in his second game back.

SPECTOR’S NOTE: Congratulations to Ryan and best wishes in his ongoing recovery.

THE SCORE: The NHL recorded its seventh consecutive week of zero positive COVID-19 tests among its players and staff participating in the return-to-play plan.

SPECTOR’S NOTE: Once again, the league and the NHLPA deserve praise for how they’ve pulled this off. None of the doom-and-gloom forecasts from some observers came to pass. 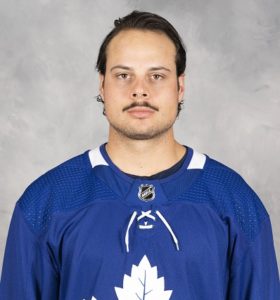 ← NHL Weekend Bets - Capitals, Predators Favored to Rebound on Saturday NHL Odds NHL Rumor Mill - February 22, 2020 →
« Older Entries
We use cookies to ensure that we give you the best experience on our website. If you continue to use this site we will assume that you are happy with it.Ok