PALMIERI HOPES TO REMAIN A DEVIL 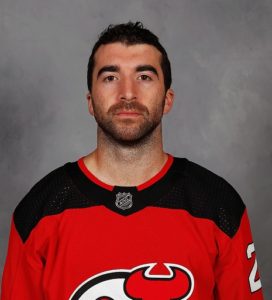 NORTHJERSEY.COM/NJ.COM: Nick Gantaifis and Randy Miller report Kyle Palmieri hopes to remain part of the New Jersey Devils’ rebuilding plans. The 29-year-old winger is a year away from becoming an unrestricted free agent.

“Without a doubt,” Palmieri said Tuesday in a media conference call. “I do love being in New Jersey. I love being close to home. And I have a ton of belief in this organization moving forward as to what we’re building, and I hope to be a part of it.”

Gantaifis notes Palmieri and the Devils might ordinarily open contract extension talks on July 1. Given the uncharacteristic and premature start to the off-season, that target date remains uncertain.

“It’s a big unknown,” Palmieri said. “Obviously, the calendar and important dates haven’t really been set yet. There’s so much up in the air and so much to figure out as far as the return to play and figuring all that stuff out.”

Miller suggests Chris Kreider would be a good comparable for Palmieri. The New York Rangers winger signed a seven-year, $45.5 million extension in February. Both are the same age and have roughly similar stats. Kreider’s averaged 23 goals and 46 points over the past five seasons, while Palmieri’s averaged 26 goals and 50 points since 2015-16.

SPECTOR’S NOTE: Kreider is a fair comparison for Palmieri. With over $36 million invested in eight players for 2021-22, the Devils can easily afford to pay Palmieri over $7 million annually.

Of course, that figure will rise this year because of their anticipated re-signings of key free agents such as Mackenzie Blackwood and Jesper Bratt. It could go significantly higher if they bring in talent via trades or free agency in the off-season A flat salary-cap for 2021-22 could also affect the Devils cap room.

Palmieri’s contract talks also remain in limbo because ownership hasn’t decided if interim general manager Tom Fitzgerald will stay in that role on a full-time basis. A new GM could have a different opinion of Palmieri’s value. If so, we could hear his name mentioned a lot as the 2021 trade deadline rolls around.

THE SCORE: John Matisz examined a lengthy to-do list for Kevyn Adams, who was named earlier this week as the new general manager of the Buffalo Sabres.

Re-signing winger Sam Reinhart and goaltender Linus Ullmark to fair deals, being cautious with pending UFAs like Wayne Simmonds and Michael Frolik, and sorting out the future of defenseman Rasmus Ristolainen are among the key issues.

SPECTOR’S NOTE: Reinhart and Ullmark are restricted free agents with arbitration rights. As one of the Sabres’ leading scorers, Reinhart will likely seek a multi-year deal worth around $6 million annually. Ullmark has less of an established body of NHL work on his resume, giving Adams more leverage in negotiations.

Matisz pointed out Adams has no previous ties to Simmonds and Frolik. He could opt to cut them loose and pursue better UFA options.

Sabres coach Ralph Krueger recently expressed his wish to coach Ristolainen again next season. We’ll find out soon enough how much sway he has with his new boss.

.@DhaliwalSports suggests Nikita Truamkin would be looking for a one-year deal, in the range of $2-3m.

Rick says uncertainty over the cap is holding it up

← NHL Morning Coffee Headlines - June 18, 2020 NHL Playoffs Breakdown: Western Conference Round 1 Oilers vs. Blackhawks →
We use cookies on our website to give you the most relevant experience by remembering your preferences and repeat visits. By clicking “Accept”, you consent to the use of ALL the cookies.
Do not sell my personal information.
Cookie SettingsAccept
Manage consent