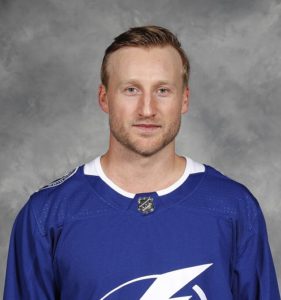 ​SPECTOR’S NOTE: Stamkos’ recent injury history will be a concern for the Lightning during the playoff tournament. Nearhos points out he suffered three previous injuries (including two confirmed lower-body) this season.

SPECTOR’S NOTE: Calgary Flames blueliner Travis Hamonic, Dallas Stars rearguard Roman Polak, and Vancouver Canucks winger Sven Baertschi are also giving it a pass. Players wishing to opt-out without penalty for whatever reason have until 5 pm ET on Monday to so do in writing to the NHLPA and NHL Central Registry.

THE SCORE: Teams participating in the return-to-play plan aren’t permitted to disclose information regarding player injuries or illness. The NHL cites the unique circumstances caused by the COVID-19 pandemic. They and the NHLPA are doing so out of respect for an individual player’s right to medical privacy.

SPECTOR’S NOTE: That decision will generate plenty of unwanted speculation over a player’s health when he mysteriously goes missing from a game or two or an entire series or the entire tournament, especially if it’s a superstar like Edmonton’s Connor McDavid or Pittsburgh’s Sidney Crosby. I wouldn’t be surprised if this becomes something that carries over beyond this season.

SPECTOR’S NOTE: Daly confirmed what many of us already suspected.

TSN: Mark Masters reports the Toronto Maple Leafs and Edmonton Oilers canceled video conferences scheduled for today to discuss their selection as NHL host cities. The postponement was because the league still has some final details to work out with the Canadian government.

PUCKPEDIA: There’s a special arbitration wrinkle for this off-season only. Within four days of a team walking away from an arbitration award, the team and the player can agree to a contract equal to the offer the team presented at the arbitration hearing. This might give the player an opportunity to rethink things if the arbiter’s award was higher than what the team can afford.

SPORTSNET: The Minnesota Wild hired Judd Brackett as their new director of amateur scouting. Brackett previously held a similar role with the Vancouver Canucks from 2015 until this year, helping them select Elias Petterssen, Brock Boeser, and Quinn Hughes.

← NHL Rumor Mill - July 11, 2020 Sunday NHL Rumor Roundup - July 12, 2020 →
We use cookies on our website to give you the most relevant experience by remembering your preferences and repeat visits. By clicking “Accept”, you consent to the use of ALL the cookies.
Do not sell my personal information.
Cookie SettingsAccept
Manage consent