​Which players could the Devils pursue in the off-season? Check out the latest in today’s NHL rumor mill.

THE ATHLETIC (subscription required): In a recent mailbag segment, Corey Masisak was asked if he saw the New Jersey Devils signing any big-name free agents or try to pull off any offer sheets in the off-season. He doesn’t see them going the offer-sheet route because they don’t have their second-round pick in 2021.

Masisak doesn’t rule out anything regarding free agent signings because we don’t know what the market will look like. If prices remain the same for a typical year, he doesn’t expect the Devils to be a factor with stars like St. Louis’ Alex Pietrangelo, Boston’s Torey Krug, Washington’s Braden Holtby, or Vancouver’s Jacob Markstrom. He also doesn’t see them bringing back winger Taylor Hall. 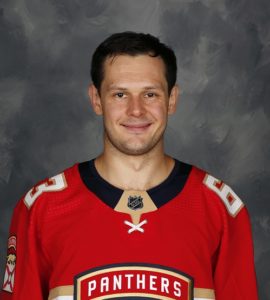 SPECTOR’S NOTE: Hanging over all of this is the uncertainty over who will be the Devils general manager when the off-season finally begins. They could remove the interim label from Tom Fitzgerald, or hire a more experienced replacement.

Whoever is sitting in the GM’s chair probably won’t pursue any big-ticket talent regardless of the market. Those players cited by Masisak could prefer signing with playoff contenders. The Devils would have to overpay for their services.

That doesn’t mean the Devils won’t be active in the UFA market. With $55.2 million invested in 13 players for 2020-21 (stick tap to Cap Friendly), they have room to re-sign RFAs like Mackenzie Blackwood and Jesper Bratt and sign a UFA or two, but I expect they’ll seek affordable second-tier talent.

Considering the difficulty the Devils could face landing one of those rearguards, they could be forced to consider riskier options. I doubt Fowler or Carlo will be available, and Ristolainen no longer seems a trade candidate for the Sabres. Zadorov is a possibility, though it wouldn’t surprise me if the Avs decide to keep him.

That’s not to say the Devils can’t acquire any one of those players. However, the asking prices could be more than they’re willing to spend.

← NHL Morning Coffee Headlines - July 1, 2020 NHL Morning Coffee Headlines - July 2, 2020 →
We use cookies on our website to give you the most relevant experience by remembering your preferences and repeat visits. By clicking “Accept”, you consent to the use of ALL the cookies.
Do not sell my personal information.
Cookie SettingsAccept
Manage consent