​Check out the latest on the Golden Knights, Bruins, and Sabres in today’s NHL rumor mill.

LATEST ON THE GOLDEN KNIGHTS’ GOALTENDING

LAS VEGAS REVIEW-JOURNAL: David Schoen reports the salary cap remaining frozen at $81.5 million for next season makes it tougher for the Vegas Golden Knights to re-sign Robin Lehner. Acquired at the trade deadline, the 28-year-old goaltender is an unrestricted free agent at season’s end. 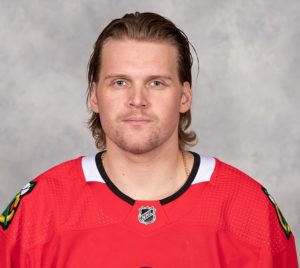 The Golden Knights have over $74.6 million invested in 17 players for 2020-21. Lehner will be seeking security after spending the past three seasons on one-year contracts. He could command around $6 million annually on the open market.

If Lehner departs, the Golden Knights must find a backup goalie for Marc-Andre Fleury. It could be recently re-signed Oscar Dansk, an affordable free agent, or perhaps trading for a promising netminder like the New York Rangers’ Alexandar Georgiev.

SPECTOR’S NOTE: The Athletic’s Jesse Granger last week suggested the Golden Knights pursue goalies in the trade market who could be left exposed by their current clubs in next summer’s NHL expansion draft. Pittsburgh’s Matt Murray, Arizona’s Antti Raanta, and Toronto’s Frederik Andersen were among his proposed targets.

Andersen won’t be available next season but Murray and Raanta could be. Murray is a restricted free agent so his next contract will take up a big chunk of the Golden Knights’ payroll, meaning they’ll have to send salary the other way. Same goes for Raanta, but the Coyotes wouldn’t want salary back if they’re moving him to clear cap room to re-sign Taylor Hall.

NO HOMETOWN DISCOUNT FOR DEBRUSK?

NBC SPORTS BOSTON: Joe Haggerty reports the agent for Jake DeBrusk brushed aside talk of his client accepting a hometown discount. The 23-year-old winger is a restricted free agent who’s average 20 goals and 40 points in each of his first three NHL campaigns.

DeBrusk’s agent, Rick Valette, said they’re not considering taking less than market value at this stage. He also pointed to his client’s performance in big games during the playoffs, noting he’s been a top-six winger almost from the moment he first stepped on NHL ice.

SPECTOR’S NOTE: DeBrusk is completing his entry-level contract and lacks arbitration rights. That gives Bruins management leverage to ink him to an affordable bridge deal if necessary. Much will depend on whether they can re-sign defenseman Torey Krug and the cost of keeping him off the UFA market at season’s end.

THE BUFFALO NEWS: In a recent mailbag segment, Lance Lysowski was asked about Brandon Montour‘s future with the Sabres. The 26-year-old defenseman is a restricted free agent who could cost $5 million annually to re-sign. Given their abundance of right-shot defensemen and their need for help on their forward line, Lysowski feels Montour has enough value to fetch a good return via trade.

Asked about whether Rasmus Ristolainen might be traded, Lysowski noted the coaching staff spoke highly of the blueliner. With head coach Ralph Krueger considering Ristolainen a core player, he probably won’t be moved.

Lysowski also doesn’t see the Sabres shopping their first-round pick (eighth overall) in this year’s draft. He also suggests they sign a UFA goalie to a short-term contract and attempt to find a team that will take the final year of Carter Hutton’s contract.

SPECTOR’S NOTE: Montour frequently surfaced in this season’s trade rumors because of his difficulties in adjusting to Krueger’s defensive system. He was acquired by now-former general manager Jason Botterill, so I don’t think new GM Kevyn Adams would have any qualms about shopping him for a second-line scoring forward.

← NHL Morning Coffee Headlines - July 8, 2020 Key Details in The NHL & NHLPA Return-to-Play and CBA Extension Agreement →
We use cookies on our website to give you the most relevant experience by remembering your preferences and repeat visits. By clicking “Accept”, you consent to the use of ALL the cookies.
Do not sell my personal information.
Cookie SettingsAccept
Manage consent