Updates on Alex Pietrangelo, Patrik Laine and Dustin Byfuglien plus the latest on the Hurricanes and Sharks in the Sunday NHL rumor roundup.

STLTODAY.COM: In a recent live chat with Blues fans, Tom Timmermann said he’s leaning toward Alex Pietrangelo re-signing with the club. He feels the defenseman’s recent comments suggest he wants to stay in St. Louis and is trying to get the Blues to increase their offer. Timmermann believes eight years at $8 million annually is the starting point, but Pietrangelo wants more. He’s unsure if $9 million annually is possible under the current economic conditions in the free-agent market. 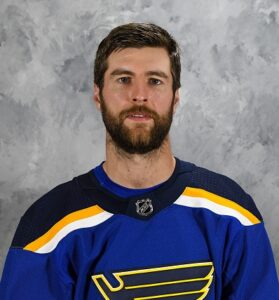 If Pietrangelo re-signs, Timmermann suggests Tyler Bozak and Alex Steen as the likely players to become cost-cutting casualties, but moving them won’t be easy. He feels teams would be more interested in winger Jaden Schwartz. Moving Schwartz in the offseason would fetch a better return than moving him at next season’s trade deadline.

THE HOCKEY NEWS: Matt Larkin lists the Blues atop his list of five potential destinations for Pietrangelo. The Toronto Maple Leafs, Vegas Golden Knights, Calgary Flames and Florida Panthers are also on his list.

THE ATHLETIC (subscription required): Pierre LeBrun believes the Blues would be open to a sign-and-trade scenario if it appears they cannot repair negotiations. The incentive for interested teams is it would allow them to get Pietrangelo under contract for eight years instead of seven at potentially a lower annual average value, while the Blues could get a tangible asset in return instead of losing him for nothing to the free-agent market.

LeBrun doubts teams will part with a first-round pick to get Pietrangelo. Interested parties would also have to be able to negotiate a contract with the blueliner’s agent. He also lists the Leafs, Golden Knights, Flames and Panthers on his list of possible suitors.

SPECTOR’S NOTE: Sign-and-trade deals rarely occur because they’re difficult to pull off. Sticking points include the losing team’s asking price and how much of a raise the player seeks on his new contract. We can’t rule out the possibility of a sign-and-trade but I think it’s a long shot.

As for those interested clubs, the Leafs and Golden Knights have limited cap space so they’ll have to shed salary to make this work. The Golden Knights must also decide whether to re-sign goaltender Robin Lehner and what to do with Marc-Andre Fleury if they get Lehner under contract.

The Flames have the cap space but LeBrun points out they must also address their goaltending and perhaps add a winger. The Panthers are said to be cutting payroll but they must bolster their blueline depth. Whether Pietrangelo would be interested in signing with them is another matter.

SPORTSNET: Elliotte Friedman acknowledged the recent trade speculation swirling about Patrik Laine. He doesn’t think the 22-year-old Winnipeg Jets winger has requested a trade. Friedman feels the Jets are just looking at this situation to see if using Laine would address their need for a No. 2 center or a right-hand shot defenseman.

SPECTOR’S NOTE: Could Laine get traded? Sure. Will he? That’s not a certainty. As talented as the young winger is and as much upside as he still has, it could be difficult for the Jets to find a return of equal value. It doesn’t hurt for general manager Kevin Cheveldayoff to explore his options, but that doesn’t mean he’s going to trade Laine

As I mentioned yesterday, Laine’s contract status could be a factor. He’s a restricted free agent with arbitration rights next summer who’ll seek a considerable raise over his current annual cap hit of $6.75 million. Whether the Jets can afford that could determine his future in Winnipeg.

Byfuglien may have reached the point where his body can’t handle the wear-and-tear of a long NHL season. He’s 35, coming off ankle surgery and was hampered by nagging injuries during his last two seasons. Perhaps he’s decided he’s had enough.

THE NEWS & OBSERVER: Luke DeCock reports the Hurricanes are leaving the door open for winger Justin Williams if he’s willing to return, but they’re also progressing ahead as if their former captain will retire.

SPECTOR’S NOTE: The Hurricanes have plenty of options if they seek to upgrade their goaltending. The question is, will they? Affordability works in favor of their current tandem of Petr Mrazek and James Reimer, who earn a combined $6.525 million next season.

No buyouts coming for the Sharks, per a league source. Really, the only candidate they had for a buyout was Martin Jones. Expect him back next season with another goalie TBD.

← NHL Morning Coffee Headlines - September 27, 2020 Stanley Cup: Lightning Must Remain Resilient Following Game 5 Loss →
We use cookies on our website to give you the most relevant experience by remembering your preferences and repeat visits. By clicking “Accept”, you consent to the use of ALL the cookies.
Do not sell my personal information.
Cookie SettingsAccept
Manage consent