The Jets are reportedly close to acquiring Paul Stastny, Justin Williams retires, the Canadiens re-sign Josh Anderson, the Devils buy out Cory Schneider, and much more in the NHL morning coffee headlines.

WINNIPEG SUN: Scott Billeck cites sources claiming the Jets are working on a trade that would bring Paul Stastny back to Winnipeg. Stastny was briefly part of the Jets in 2017-18, helping them reach the Western Conference Final before signing with the Vegas Golden Knights as a free agent. It’s believed the Jets will take on his full $6.5 million salary-cap hit on the final year of his three-year contract, with the two clubs also swapping draft picks. 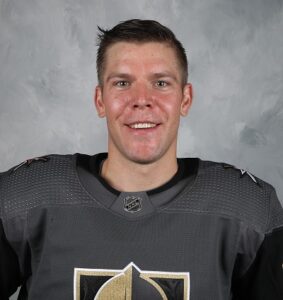 SPECTOR’S NOTE: Bringing back Stastny could address the Jets’ need for a second-line center. That suggests sidelined center Bryan Little’s status for next season remains in doubt while putting to rest the trade speculation swirling about winger Patrik Laine.

SPECTOR’S NOTE: Best wishes to Williams and his family in his future endeavors. He spent 19 seasons in the NHL with the Hurricanes, Philadelphia Flyers, Los Angeles Kings and Washington Capitals, winning the Stanley Cup with the Canes in 2006 and two Cups with the Kings in 2012 and 2014. He won the Conn Smythe Trophy during the latter run, earning the nickname “Mr. Game 7” by holding the record for most points (15) in Game 7 situations. In 1,264 games, Williams tallied 320 goals and 797 points. He also had 41 goals and 102 points in 162 playoff games.

SPECTOR’S NOTE: That’s a hefty new contract for a 26-year-old winger who’s yet to suit up for the Canadiens,  has one good season (27 goals, 47 points in 2018-19) and missed most of last season to a shoulder injury that required surgery to repair.

General manager Marc Bergevin envisions the 6’3”, 222-pounder as a power forward. This will be seen as a worthwhile investment if Anderson has fully recovered from his surgery and plays up to expectation. Otherwise, it’ll provide additional fodder for Bergevin critics and turn up the pressure on Habs ownership to fire their GM.

NORTHJERSEY.COM: The New Jersey Devils placed goaltender Cory Schneider on unconditional waivers yesterday for the purpose of buying out his contract. Schneider, 34, lost the starter’s job to Mackenzie Blackwood. He has two years left on his contract worth $6 million annually.

SPECTOR’S NOTE: Schneider was among the NHL’s top goalies from 2013-14 to 2015-16. Injuries, however, hampered his performance in recent years. His buyout will count as $2 million annually against the Devils’ cap through 2023-24.

NJ.COM: The Devils also acquired defenseman Ryan Murray from the Columbus Blue Jackets in exchange for a 2021 fifth-round pick.

SPECTOR’S NOTE: Murray is a skilled defenseman plagued by injuries for most of his career. He has a year remaining on his contract worth $4.6 million. If he stays healthy he could be a worthwhile addition to the Devils’ blueline. They still have over $25 million in salary-cap space and could use some of it in the upcoming free-agent market.

THE COLUMBUS DISPATCH: The Blue Jackets also traded defenseman Markus Nutivaara to the Florida Panthers for minor-league forward Cliff Pu. Nutivaara, 26, has two years remaining on his contract worth an annual average value of $2.7 million.

THE SCORE: The Jackets also placed center Alexander Wennberg on unconditional waivers for the purpose of a contract buyout. The 26-year-old has three years left on his contract worth $4.9 million AAV. For buyout purposes, however, he’ll be considered 25 as that’s what his age would’ve been during a normal regular season when the buyout period would be in June. That means his buyout will be calculated at one-third the remaining value, rather than two-thirds.

SPECTOR’S NOTE: The moves leave the Jackets with $14.2 million in cap space, more than enough to re-sign Pierre-Luc Dubois and perhaps leave enough for an addition or two via trade or free agency.

SPECTOR’S NOTE: Crawford spent 13 seasons with the Blackhawks, 10 of those as their starting goalie. He backstopped them to two Stanley Cups (2013, 2015) but has been plagued by injuries over the past three seasons. Expect the Blackhawks to seek his replacement via trade or free agency.

SPORTSNET: The Ottawa Senators acquired defenseman Erik Gudbranson from the Anaheim Ducks in exchange for a 2021 fifth-round pick. He has a year remaining on his contract with an AAV of $4 million.

SPECTOR’S NOTE: Another short-term pickup by the Senators to take some pressure off their developing young defensemen. The Ducks, meanwhile, have $4.47 million in cap space and will get an additional $6.875 million in wiggle room should Ryan Kesler remain on long-term injury reserve.

NBC SPORTS BOSTON: Goaltender Tuukka Rask said he doesn’t want to play for anyone but the Bruins. Rask’s name recently surfaced in trade rumors, prompting GM Don Sweeney to claim the goalie is a “big part of the roster going forward.” Rask is a year away from unrestricted free agent eligibility.

TSN: The Dallas Stars lifted the interim tag from head coach Rick Bowness, who is expected to sign a new contract with the club.

SPECTOR’S NOTE: Seguin received criticism for his offensive struggles during the postseason. This is yet another reminder that an NHL player failing to play up to expectations in playoff action is usually nursing an injury that would sideline athletes in other sports.

WGR 550: The Buffalo Sabres are close to re-signing forward Zemgus Girgensons to a three-year contract worth around $2 million per season.

TRIBLIVE.COM: The Pittsburgh Penguins re-signed forward Sam Lafferty to a two-year contract with an AAV of $750K.

10 Buyouts this year, list below w/ the # of years remaining on deals:

← NHL Trade Roundup: Lots of Big Names Moving After Busy Week of Dealing NHL Rumor Mill - October 9, 2020 →
We use cookies to ensure that we give you the best experience on our website. If you continue to use this site we will assume that you are happy with it.Ok