In today’s NHL rumor mill: The Golden Knights could trade Nate Schmidt to the Panthers, the Jets are reportedly working on trading Jack Roslovic, plus the latest on Mike Hoffman and Sami Vatanen 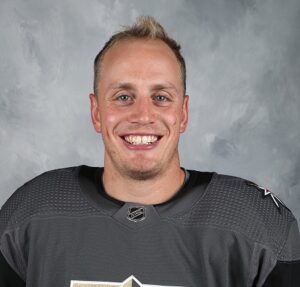 FLORIDA HOCKEY NOW: George Richards cites Fox Sports’ Andy Strickland reporting the Vegas Golden Knights are in talks to trade defenseman Nate Schmidt to the Florida Panthers. The Golden Knights must shed cap space to make room for Alex Pietrangelo. He carries an annual cap hit of $5.95 million for the next four seasons.

THE BOSTON GLOBE: Kevin Paul Dupont also took note of the Schmidt trade speculation. He suggested the left-hand shot would be the top candidate to pair with Bruins defenseman Charlie McAvoy on the Boston blue line.

SPECTOR’S NOTE: The Golden Knights are also believed to be trying to trade goaltender Marc-Andre Fleury but his $7 million annual cap hit through 2021-22 is proving difficult to move. Schmidt’s is more affordable but the length of that deal could be a sticking point. We’ll find out soon enough if he’s heading to Florida, Boston or another destination.

WINNIPEG FREE PRESS: Mike McIntyre cited two sources claiming the Jets are actively in trade discussions looking to move Jack Roslovic for a high-end defenseman, preferably a left-hand shot. Roslovic, 23, is a restricted free agent center who’s been stuck on the Jets’ bottom-six as a winger.

McIntyre said Roslovic, who’s completing his entry-level contract, has been quietly seeking a change of scenery. He noted the availability of Vegas’ Nate Schmidt but also the speculation linking the blueliner to the Panthers. McIntyre also listed the Panthers’ Weegar and the New York Islanders Nick Leddy as two players of interest to watch.

SPECTOR’S NOTE: Roslovic has top-six potential and could interest a number of clubs looking for a young center with upside. The Golden Knights could be reluctant to take back a player for Schmidt as they’re trying to dump salary to sign Pietrangelo. They might not be interested in Roslovic unless it’s to flip him to another club.

Mike Hoffman, top UFA goal scorer, continues to have interest from 5-6 teams but there’s an obvious overlap and impact from the Taylor Hall situation. For example, I think Nashville has kept on both Hall and Hoffman. Also I believe Florida has circled back on Hoffman.

Canucks continue to look for a defenseman. They are 1 of the teams that have checked in on Sami Vatanen.@TSN1040 — Rick Dhaliwal (@DhaliwalSports) October 11, 2020

← NHL Morning Coffee Headlines - October 12, 2020 Latest On The Jets, Coyotes, Avalanche and Canucks in Today's NHL Rumor Roundup →
We use cookies on our website to give you the most relevant experience by remembering your preferences and repeat visits. By clicking “Accept”, you consent to the use of ALL the cookies.
Do not sell my personal information.
Cookie SettingsAccept
Manage consent