A recent survey of player agents revealed which high-profile players they expect to be traded and which teams they feel still need to make a significant move. Check it out in today’s NHL rumor mill 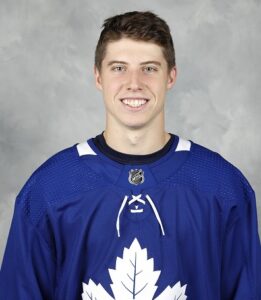 One agent pointed to the recent trade speculation surrounding Laine in recent weeks. Another feels Eichel will tire of losing in Buffalo. Another feels Marner could become a trade candidate if the Leafs decide to move one of their expensive forwards.

SPECTOR’S NOTE: I’m also leaning toward Laine because of the ongoing trade chatter and the uncertainty over his future beyond this season when he’s a restricted free agent with arbitration rights. Eichel could decide he’s had enough in Buffalo if the Sabres fail to improve but I don’t think he’s reached that point yet.

Moving Marner and his $10.8 million annual average value will be more difficult to trade than Nylander’s $6.96 million under the current economic climate. I know Dubas reportedly said Nylander wouldn’t be traded as long as he was general manager, but that doesn’t mean he can’t change his mind, especially if the Leafs make another early playoff exit.

One agent believes the Bruins must figure out what direction they’re going in. Another felt they’re still a Stanley Cup contender but must find a suitable defenseman to replace the departed Torey Krug

One agent said the Lightning need to get out of their salary-cap hell. Another believes the Oilers must get better faster or they’ll run into a problem.

SPECTOR’S NOTE: Some of the Bruins offseason speculation suggests they’re waiting to re-sign restricted free agent winger Jake DeBrusk until after they’ve sorted the left side of their blue line. DeBrusk has also been mentioned as a possible trade chip to address that need.

Goaltending remains the Oilers’ Achilles heel but they couldn’t or wouldn’t invest in an upgrade over the current tandem of Mikko Koskinen and Mike Smith. They’re just over the $81.5 million salary cap but could get some relief by placing defenseman Oscar Klefbom and his $4.167 million cap hit on long-term injury reserve if he should undergo season-ending shoulder surgery. That could provide a little wiggle room for other moves during the season.

← NHL Morning Coffee Headlines - November 16, 2020 NHL Exploring Options for 2020-21 Season →
We use cookies on our website to give you the most relevant experience by remembering your preferences and repeat visits. By clicking “Accept”, you consent to the use of ALL the cookies.
Do not sell my personal information.
Cookie SettingsAccept
Manage consent