Could the Ducks trade Ryan Getzlaf? How will the Islanders free up cap space for Mathew Barzal? Find out in today’s NHL rumor mill.

FLORIDA HOCKEY NOW: Jimmy Murphy reported Anaheim Ducks GM Bob Murray has been working the phones trying to get cap compliant for 2020-21 and leave some wiggle room during the season. The Ducks are above the $81.5 million salary cap by nearly $930K. 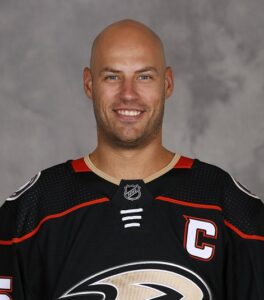 Wingers Rickard Rakell and Jakob Silfverberg have come up in the rumor mill, but Murphy wonders if the Ducks would consider moving Ryan Getzlaf. A source told Murphy that three teams looked into the availability of the long-time Ducks captain. The 35-year-old center is entering the final season of his contract with an $8.25 million cap hit and a full no-movement clause.

SPECTOR’S NOTE: Anything’s possible and Murray could be considering all his options. However, the Ducks GM might not have to go the trade route to become cap compliant.

Center Ryan Kesler could remain on long-term injury reserve if he’s still sidelined by a nagging hip injury. That would enable the Ducks to exceed the cap limited by the equivalent of his $6.875 million annual average value for 2020-21.

Trading a veteran like Getzlaf (if he agrees), Rakell or Silfverberg is an option. However, that could be based more on their performance in the coming season and where the Ducks are in the standings leading up to the 2021 trade deadline.

Murphy also reported the New York Islanders only have around $3 million in salary-cap space and must find more in order to sign first-line center Mathew Barzal. Isles general manager Lou Lamoriello was reportedly attempting to trade defensemen Johnny Boychuk and Nick Leddy but couldn’t find any takers in part because of their salaries.

Murphy wondered if Lamoriello might try moving a forward instead. A source suggested Josh Bailey as an option. He’s owed $5 million annually for the next three seasons but could be a fit on a young club with salary cap room like Detroit or Ottawa.

SPECTOR’S NOTE: Lamoriello would probably find more takers for Bailey than for Boychuk or Leddy. The 31-year-old winger is a versatile two-way forward who can skate on either wing and netted 40-plus points in five of the last six seasons. He played a key role in their run to the 2020 Eastern Conference Final with 20 points in 22 games.

Those traits, however, also make Bailey a valuable member of the Islanders. I think the Isles GM will instead consider other trade options.

← NHL Morning Coffee Headlines - November 18, 2020 When Will The NHL Offseason Trade and Free-Agent Activity Resume? →
We use cookies on our website to give you the most relevant experience by remembering your preferences and repeat visits. By clicking “Accept”, you consent to the use of ALL the cookies.
Do not sell my personal information.
Cookie SettingsAccept
Manage consent