LATEST ON BYFUGLIEN AND DUMBA

THE ATHLETIC: Michael Russo considers it the notion of Dustin Byfuglien signing with the Minnesota Wild a long shot. The 35-year-old defenseman has shown no interest in returning to action after missing last season and terminating his contract with the Winnipeg Jets. 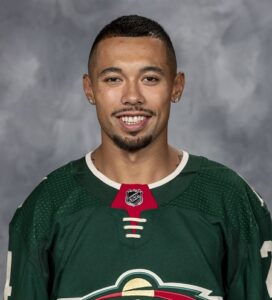 Talk of Byfuglien joining the Wild was sparked in part by speculation they were on the verge of trading Matt Dumba. However, Russo reports the Dumba trade talk has quieted while the Wild’s cap space has shrunk to $1.775 million.

Russo feels if Wild general manager Bill Guerin attempted to trade the blueliner now he won’t get a first- or second-line center in return. Teams aren’t moving those types of players right now, Dumba’s coming off a down year and the expansion draft is slated for next summer. Guerin isn’t in any rush to trade the rearguard, who’s got three years remaining on his contract.

SPECTOR’S NOTE: Cap Friendly also indicates Dumba carries an annual average value of $6 million, which is now tough to move with only seven teams carrying over $6.9 million in cap space. As for Byfuglien, Russo also noted his agent remains hopeful his client might one day decide to sign with the Wild. For now, however, the big blueliner doesn’t seem keen to return to NHL action.

FLORIDA HOCKEY NOW: In a recent mailbag segment, George Richards was asked about the trade speculation regarding MacKenzie Weegar. Richards said the Florida Panthers were working to sign the restricted free agent defenseman to a four-year contract before his arbitration hearing on Nov. 7. He acknowledged the Panthers are listening to offers but teams thinking they can get him for nothing will be disappointed.

SPECTOR’S NOTE: Richards expects Weegar will return on the top defense pairing alongside Aaron Ekblad. The blueliner’s hearing would be the last one in this year’s arbitration schedule.

← NHL Morning Coffee Headlines - November 6, 2020 The Hoffman Watch Continues In Latest NHL Rumor Roundup →
We use cookies on our website to give you the most relevant experience by remembering your preferences and repeat visits. By clicking “Accept”, you consent to the use of ALL the cookies.
Do not sell my personal information.
Cookie SettingsAccept
Manage consent