​Could the Predators have another move in store before the season begins? Will the Senators be buyers or sellers this season? Check out the latest in the NHL rumor mill.

THE ATHLETIC: In a recent mailbag segment, Adam Vingan was asked if Nashville Predators general manager David Poile was done wheeling and dealing. He believes there’s no sense of urgency among NHL GMs to make moves until we know when the season will begin.

Back in October, Poile didn’t rule out making more moves. Vingan points out the Predators have nearly $13 million in cap space, though some of that will be used to sign restricted free agent Luke Kunin. He feels it would make sense to target cap-strapped clubs for a return that could address the Predators’ second-line needs. 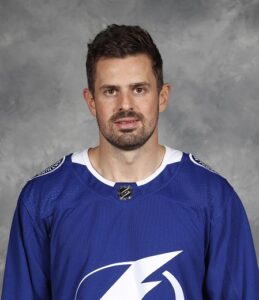 Could the Nashville Predators attempt to acquire Alex Killorn from the Tampa Bay Lightning? (NHL Images)

Vingan and colleague Joe Smith bandied about the notion of the Predators acquiring winger Alex Killorn from the Tampa Bay Lightning, who must shed salary to re-sign Anthony Cirelli and Erik Cernak. Vingan believes Killorn would be a good fit on the Predators’ second line.

Smith feels getting back a package of futures (draft picks and/or prospects) would be crucial for the Lightning. That would include a 2021 second-round pick to replace the one traded away and something to bolster their defense prospects.

The Lightning might have to consider moving someone like Ondrej Palat if they can’t find any takers for Killorn or Tyler Johnson. Vingan believes the Predators would be very interested if Palat became available.

Vingan also acknowledged the Predators’ rumored interest in UFA winger Mike Hoffman. He’s willing to sign a one-year deal which is better than Killorn’s three-year contract. However, Vingan is uncertain if Hoffman fits into the Predators’ plans.

NBC SPORTS: Adam Getz recommends Poile go the offer sheet route by targeting Lightning center Anthony Cirelli. He points out the Preds have the cap space and the assets for compensatory draft picks to make a competitive offer.

SPECTOR’S NOTE: Some observers believe Poile has made his offseason moves and could bank his cap space to put toward trades if necessary during the regular season. However, the need to bolster their secondary scoring could see the Preds GM make a move or two before the season opens sometime in January or February.

Poile could be playing the waiting game with Hoffman hoping to sign the UFA winger to an affordable one-year deal. Failing that, he could look at cost-effective short-term help like Andreas Athanasiou or Anthony Duclair.

Killorn or Palat are possibilities if Poile goes the trade route. It’ll depend on what the Lightning want in return. He could also look at other clubs that are trying to dump salary before the season begins.

Cirelli could get an offer sheet from a club like the Predators but if that was going to happen it would’ve been made by now. Remember, the player must be interested in signing an offer sheet. It doesn’t seem like the Cirelli camp is entertaining that notion.

OTTAWA SUN: Bruce Garrioch reports Senators owner Eugene Melnyk believes his rebuilding club has turned the corner and the pieces are now in place to contend. He indicates the Senators’ days as trade deadline sellers are over.

“We’ll be a team that’s active at the trade deadline and not as sellers, but as buyers, just like we used to be”, said Melnyk. “If you look at my track record on spending on players, we were already right up there. We were never at the top, but we were always right up there or around the center. Now, we’re going to stay somewhere in the center, depending on where it’s at. Our budgets are always somewhere around $70 million, which is in the center.”

SPECTOR’S NOTE: I don’t expect the Senators to be buyers if they’re not in playoff contention. If Melnyk’s comments are anything to go by, however, they won’t be selling off veterans as they have over the past three years.

If they are contenders, they must invest wisely if they’re going to be buyers. Don’t just go for rentals but try to add players who can help them beyond just one season.

← NHL Morning Coffee Headlines - December 7, 2020 NHL Salary Stalemate Could Put Bettman in Jeopardy →
We use cookies on our website to give you the most relevant experience by remembering your preferences and repeat visits. By clicking “Accept”, you consent to the use of ALL the cookies.
Do not sell my personal information.
Cookie SettingsAccept
Manage consent