Eric Staal to the Canadiens

​The Montreal Canadiens have acquired center Eric Staal from the Buffalo Sabres in exchange for a third-round pick and a fifth-round pick in the 2021 NHL Draft. The Sabres also retain $1.625 million of Staal’s salary. 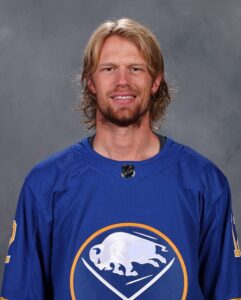 SPECTOR’S NOTE: The Canadiens needed some experienced depth at center. The 36-year-old Staal’s best seasons are behind him but he could still contribute offensively and in the faceoff circle. Staal has only 10 points in 32 games this season on a terrible Sabres club but tallied 47 points in 68 games in 2019-20 with the Minnesota Wild.

Canadiens general manager Marc Bergevin yesterday told the press he probably wouldn’t be busy in the trade market because of his team’s limited salary-cap space and the 14-day quarantine for American players traveling into Canada. He may have been changed in mind because of the report the Canadian government is reducing that quarantine period to seven days. Staal can suit up with the Habs in a week’s time.

The Sabres picking up half of Staal’s cap hit also helps. Cap Friendly indicates it leaves the Canadiens with over $822K in trade deadline cap room. If Bergevin wants to make another move, perhaps for a left-side defenseman, he might have to ship out the salary of a little-used player packaged with a draft pick.

As for the Sabres, this is probably just the first of several players who could be on the move before the trade deadline. Pending UFAs such as Taylor Hall and Brandon Montour could also soon be shipped out for draft picks.

← Notable Trade Candidates For The 2021 NHL Deadline NHL Morning Coffee Headlines - March 27, 2021 →
We use cookies on our website to give you the most relevant experience by remembering your preferences and repeat visits. By clicking “Accept”, you consent to the use of ALL the cookies.
Do not sell my personal information.
Cookie SettingsAccept
Manage consent