NHL.COM: Brad Marchand scored twice and set up another to lead the Boston Bruins over the Washington Capitals 5-1. Capitals center Nicklas Backstrom collected an assist to give him 700 for his career. Capitals winger Tom Wilson could face supplemental discipline after he drilled Bruins defenseman Brandon Carlo in the head during the first period. Wilson was unpenalized on the play while Carlo left the game and was taken to hospital for his injury. 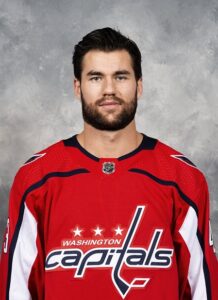 SPECTOR’S NOTE: Wilson has a history of questionable hits stretching back to 2015. His previous antics earned him four fines and three suspensions totaling 23 games.

A shootout goal by Philipp Kurashev lifted the Chicago Blackhawks to a 4-3 victory over the Tampa Bay Lightning. Alex DeBrincat scored twice, Patrick Kane collected two helpers and Malcolm Subban made 39 saves for the win.

SPECTOR’S NOTE: The Blackhawks have proven to be a handful for the Lightning in this series compared to their previous one earlier in the season. It’s indicative of how much the Hawks have improved since the opening weeks of the schedule.

The Colorado Avalanche got an overtime goal by Valeri Nichushkin to nip the Anaheim Ducks 3-2. Avs center Nathan MacKinnon remained sidelined by an apparent head injury suffered during Wednesday’s game against San Jose. He received clearance to play but was a late scratch to avoid further injury. Head coach Jared Bednar believes MacKinnon could miss a couple of more games.

A three-goal first period powered the Minnesota Wild to a 5-1 win over the Arizona Coyotes. Jordan Greenway and Mats Zuccarello each had a goal and an assist while Kirill Kaprizov and Marcus Foligno both collected two assists.

Max Pacioretty scored in overtime as the Vegas Golden Knights downed the San Jose Sharks 5-4. Pacioretty scored twice and added an assist. Vegas goalie Oscar Dansk made 24 saves to pick up his first win since 2017.

NBC SPORTS CHICAGO: Blackhawks defenseman Brent Seabrook announced his playing career is over due to injuries. The 35-year-old blueliner’s last game was Dec. 15, 2019, after which he underwent surgery on both of his hips and right shoulder. He then suffered a back injury during the opening day of training camp in January. Seabrook finishes his career with three Stanley Cups (2010, 2013, 2015), an Olympic Gold Medal (2010) and 464 points in 1,114 games.

SPECTOR’S NOTE: Seabrook spent his entire 15-year NHL career with the Blackhawks and played a crucial role in their rise from league laughingstock to three-time Stanley Cup champion. He hasn’t officially retired, however, as he has three years and $15 million in actual salary remaining on his contract. He’ll remain on long-term injury reserve, which will provide the Blackhawks with a measure of salary-cap relief.

WGR 550: Buffalo Sabres general manager Kevyn Adams expressed his unhappiness yesterday over his club’s poor performance. He called where the team was at this time “unacceptable”, criticized what he called a lack of competitiveness by the players, emphasized he has “full authority on hockey decisions,” indicated “everything is being evaluated” when asked about head coach Ralph Krueger’s status and claimed team captain Jack Eichel has not requested a trade.

SPECTOR’S NOTE: Adams’ statement seemed to be the club’s attempt to mollify Sabres fans upset with the club’s lack of progress. Talk is one thing, action is another. The fans are more interested in what, if anything, the current management intends to do to end this team’s decade of mediocrity.

MONTREAL GAZETTE: Former Canadiens goaltending coach Stephane Waite said the club expected starting goalie Carey Price would struggle in January and February as he adjusted to sharing his workload this season with backup Jake Allen. Price was expected to improve as the season wore on and saw more starts.

Waite also said the long-time Habs netminder isn’t at 100 percent physically but he can still play. “He’s not hurt but he has some stiffness. He has to learn to play with the pain and that’s why we need a very good backup and that’s what we have in Montreal right now.”

SPECTOR’S NOTE: This will further stoke debate among Canadiens fans over whether Price will ever regain his once-dominant form on a consistent basis.

THE SCORE: Vancouver Canucks GM Jim Benning said he’s not looking to make a coaching change. Bench boss Travis Green is in the final season of his contract but Benning believes Green and his staff “have done a good job with our group”. As for trades, the Canucks GM said his struggling team has to figure this out from within as new players would have to quarantine for two weeks and regain their conditioning.

SPECTOR’S NOTE: So, no Jake Virtanen to the Anaheim Ducks for Danton Heinen as rumored a week ago?

NEW YORK POST: The Rangers are breathing a sigh of relief as they learned goaltender Igor Shesterkin suffered a mild groin strain during Thursday’s win over the New Jersey Devils. He had to be helped off the ice at the end of the third period when he was unable to put weight on his right leg. He’s listed as day-to-day.

Pavelich was arrested in 2019 and charged with a violent assault on his neighbor but was found mentally incompetent to stand trial. Family and friends believe his condition was linked to head trauma suffered during his playing career. He was receiving treatment for his condition and was believed to be making progress at the time of his death.