​The latest on Mattias Ekholm, Rickard Rakell and Elvis Merzlikins plus updates on the Stars, Islanders and more in the Sunday NHL Rumor Roundup.

THE ATHLETIC: Pierre LeBrun on Friday suggested some trade fits for six playoff contenders. Among his proposals were Nashville Predators defenseman Mattia Ekholm to the Boston Bruins or Winnipeg Jets, Anaheim Ducks winger Rickard Rakell to the Toronto Maple Leafs and Calgary Flames backup David Rittich to the Washington Capitals if the Flames fall out of playoff contention by the April 12 trade deadline.

SPECTOR’S NOTE: Ekholm would be a good fit with the Bruins as they need an experienced left-side defenseman but their anemic secondary scoring is their priority. LeBrun’s colleague Murat Ates believes Columbus’ David Savard would be the ideal addition in Winnipeg but Ekholm would do if Savard isn’t obtainable. 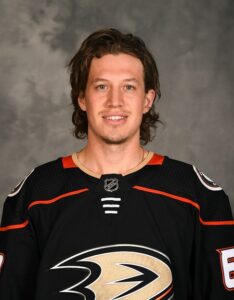 Rakell has a year left on his contract with a $3.79 million cap hit. LeBrun suggests he’d be a worthwhile replacement for Zach Hyman if the Leafs fail to re-sign him. I agree with LeBrun that he’d be a step up talent-wise over the Predators Mikael Granlund, who’s been linked to Toronto for some time. Granlund wouldn’t cost as many assets as Rakell but the latter would be a better option if the Leafs are all-in this year.

Rittich is due to become an unrestricted free agent this summer. If the Flames falter then he could become expendable at the deadline.

SPECTOR’S NOTE: We don’t know how long Lee will be out or which players the notoriously secretive Lou Lamoriello might pursue. Nevertheless, the Isles GM could be active in the trade market if Lee is out until the playoffs.

THE DALLAS MORNING NEWS: In a recent mailbag segment, Matthew DeFranks speculated the Stars would become sellers if they don’t improve over the next two-to-three weeks. The most obvious trade candidates are players on expiring contracts such as Andrew Cogliano, Blake Comeau and Jamie Oleksiak. He doubts they’ll fetch much, “maybe a mid-round pick”.

DeFranks also wondered if the Stars would trade Anton Khudobin rather than risk losing the goaltender to the Seattle Kraken in this summer’s expansion draft. He also mused about trading John Klingberg. While the defenseman would fetch “a sizeable package of picks and prospects,” it would also significantly hurt the Stars’ chances of chasing the Stanley Cup in the final (somewhat) productive years of Jamie Benn, Tyler Seguin, Alexander Radulov, Joe Pavelski and Ben Bishop.

SPECTOR’S NOTE: I doubt the Stars moving Klingberg at the trade deadline but I wouldn’t rule out the possibility of a Khudobin trade for the right offer. However, they could wait until the offseason and shop him before the expansion draft.

SPECTOR’S NOTE: The Jackets could consider moving Merzlikins for the right price but I don’t think they’re in any rush to do so. He won’t become eligible for UFA status until next summer so they’ve got plenty of time to field offers if they want to go that route.

SPORTSNET: Elliotte Friedman report Anaheim Ducks forward Troy Terry “might be up for a change of scenery.” He said he’s hearing conversations about whether or not he might be moved.

← NHL Morning Coffee Headlines - March 14, 2021 Dynamic NHL Duos: Many Similarities Between Ovechkin/Backstrom and Howe/Delvecchio →
We use cookies on our website to give you the most relevant experience by remembering your preferences and repeat visits. By clicking “Accept”, you consent to the use of ALL the cookies.
Do not sell my personal information.
Cookie SettingsAccept
Manage consent