Should the Ducks make a pitch for Patrik Laine? Could the Coyotes pursue Jack Eichel? Check out the latest in today’s NHL rumor mill.

THE ATHLETIC: In a recent mailbag segment, Eric Stephens was asked if the Ducks might pursue a top-six winger such as Patrik Laine to bolster their offense. After his struggles in Columbus, the 23-year-old winger might not re-sign with the Blue Jackets, though the departure of coach John Tortorella could make him rethink that situation. The high cost of qualifying his rights ($7.5 million) prompted Stephens to speculate the Jackets could trade Laine and leave the headache of signing him to somebody else. 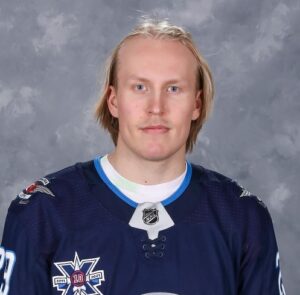 Stephens suggested there could be sufficient cap space for the Ducks to take on Laine but it could be expensive. It could make it difficult to re-sign Rickard Rakell, Josh Manson and Hampus Lindholm before they become UFAs next summer. While on board with the idea of adding Laine, Stephens suggested someone like Buffalo’s Sam Reinhart could be more cost-effective.

SPECTOR’S NOTE: The Ducks must shore up their sagging offense. Laine, however, would be an exorbitant acquisition. He also struggles without a quality set-up centerman, something the Ducks lack with 36-year-old Ryan Getzlaf in the twilight of his career. Laine could develop chemistry with promising Trevor Zegras but the latter has yet to establish himself at the NHL level.

Reinhart would be more affordable in terms of salary and return for the Ducks, assuming he’s available in the trade market. His ability to play center or wing would provide them with more flexibility among their top six.

In an earlier piece, Stephens examined the Ducks’ off-season priorities. In addition to acquiring a scorer, he felt they must determine if Ryan Getzlaf will be back and what role he’d play.

He also advocated trying to move players who are not in the club’s long-term picture. That could include Rakell, Manson and Lindholm if re-signing one of them proves difficult. Center Adam Henrique, who has three years and over $17 million remaining on his contract, could be another trade candidate.

SPECTOR’S NOTE: Getzlaf is no longer capable of playing a top-six role. If he returns it’ll have to be in a checking line spot.

Rakell, Manson and Lindholm surfaced in trade speculation during the season. The high asking prices for those players were believed why they weren’t moved before the April trade deadline. General manager Bob Murray could entertain trade proposals this summer if contract extension talks stall.

The Ducks could leave Henrique exposed in the expansion draft. If the Seattle Kraken pass him over, however, Murray could have difficulty finding a taker because of his contract, which contains a 10-team no-trade list.

The source told Murphy the Coyotes have the type of young players to interest the Sabres. The ‘Yotes would also fulfill the Sabres’ wish to ship Eichel out west.

SPECTOR’S NOTE: Those young players Murphy’s source alluded to could include winger Clayton Keller, center Christian Dvorak, defenseman Jakob Chychrun and goaltender Adin Hill. I’m not suggesting the Coyotes would have to give up all of them to land Eichel but one or two would have to be part of the deal.

However, I doubt the Coyotes could outbid a club like the New York Rangers or Los Angeles Kings if those teams decide to make serious bids for the Sabres captain. The Blueshirts and Kings carry more depth in quality prospects and young NHL players.

← NHL Morning Coffee Headlines - May 18, 2021 NHL Playoffs: Underdog Canadiens Face Uphill Battle Against Maple Leafs →
We use cookies on our website to give you the most relevant experience by remembering your preferences and repeat visits. By clicking “Accept”, you consent to the use of ALL the cookies.
Do not sell my personal information.
Cookie SettingsAccept
Manage consent