In today’s NHL rumor mill, more speculation linking Claude Giroux to the Senators, questions about Anthony Beauvillier’s future with the Islanders and a look at the Kraken’s potential offseason plans. 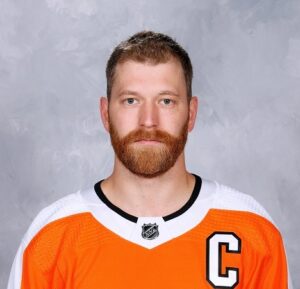 Giroux, 34, has been linked to his hometown club and there’s a sense he’d like to finish his career in Ottawa. Garrioch said he’s been told Giroux is “interested and intrigued” by the possibility of playing for the rebuilding Senators.

SPECTOR’S NOTE: Garrioch goes on to say there are folks in Ottawa hoping Giroux wins a Stanley Cup with the Panthers so that he’ll return home to finish his career. If he doesn’t win a Cup this year, perhaps he’d prefer signing with a club that’ll give him that opportunity rather than joining his still-rebuilding hometown squad.

Should Giroux win that elusive Cup, I wouldn’t dismiss the possibility of him signing with the Senators. As Garrioch indicated, however, it’ll come down to dollars and sense.

In other words, how much would Giroux want from the Senators per season and for how long? It’s believed he’ll seek a three-year term on his next deal. It could cost between $6 and $7 million annually to sign him.

Giroux signing with the cap-strapped Canadiens is a long shot unless they can shed considerable cap space for him.

IS BEAUVILLIER STILL PART OF THE ISLANDERS’ PLANS?

NYI HOCKEY NOW: Stefen Rosner believes Anthony Beauvillier has until the remainder of this season to prove he deserves to remain a part of the New York Islanders. The 24-year-old winger has been inconsistent this season with just 10 goals.

Beauvillier is under contract for two more seasons with an annual average value of $4.15 million. He could be a player packaged in a trade or moved in a cost-cutting deal to clear cap space to bolster the defense.

SPECTOR’S NOTE: Islanders general manager Lou Lamoriello resisted a sell-off of assets at the trade deadline but expressed disappointment in his scorers. He’s not expected to tear down his roster and rebuild in the offseason but a shakeup could be coming for this lineup. Beauvillier could become the subject of trade rumors this summer.

THE KRAKEN COULD SHOP SOME DRAFT PICKS

THE ATHLETIC: Ryan S. Clark recently noted the Seattle Kraken has 12 picks in this year’s draft, 13 picks in the 2023 draft and nine in 2024. He reminded us that general manager Ron Francis has suggested he might not use all of those picks. They could be used for other purposes such as acquiring a player who can provide immediate help to the Kraken.

SPECTOR’S NOTE: Of the Kraken’s dozen picks in this year’s draft, four of them are second-rounders and three are in the fourth round. Their first-rounder is likely to be among the top three so Francis won’t be parting with that unless someone overpays. His second-rounder could be attractive to veteran-laden clubs looking to shed salary this summer.

← NHL Morning Coffee Headlines - March 28, 2022 NHL Morning Coffee Headlines - March 29, 2022 →
We use cookies on our website to give you the most relevant experience by remembering your preferences and repeat visits. By clicking “Accept”, you consent to the use of ALL the cookies.
Do not sell my personal information.
Cookie SettingsAccept
Manage consent