NHL.com: Hall-of-Fame scorer Mike Bossy passed away yesterday at age 65 of lung cancer. He spent his entire 10-season NHL career with the New York Islanders, helping them win four straight Stanley Cups from 1980 to 1983. Bossy also won the Conn Smythe Trophy in 1982 and was a three-time winner of the Lady Byng Memorial Trophy. 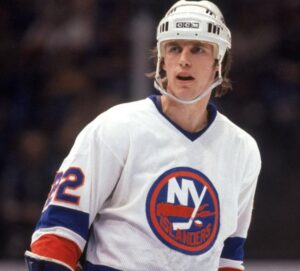 Retiring in 1987, Bossy scored 573 goals and 553 assists for 1,126 points in 752 games, along with 85 goals and 160 points in 129 playoff games. He became the second player in NHL history to score 50 goals in the first 50 games of a season. Bossy is tied with Wayne Gretzky as the only players to score 50 goals nine times but is the only one to do it in nine consecutive seasons.

SPECTOR’S NOTE: Bossy was the purest goal scorer I ever saw. Others may have tallied more career goals but only because a back injury cut short his career. His streak of nine consecutive 50-goal seasons are testament to his greatness.

Along with Potvin, Trottier, Billy Smith, Butch Goring and the late Clark Gillies, Bossy was instrumental in turning the Islanders into the last true Stanley Cup dynasty. My sincere condolences to his family, friends, former teammates, the Islanders organization and his broadcasting colleagues at TVA Sports.

NHL.COM: Carey Price returned to action for the first time since the 2021 Stanley Cup Final but he couldn’t prevent his Montreal Canadiens from being blanked 3-0 by the New York Islanders. Price stopped 17 of 19 shots but Isles goaltender Ilya Sorokin stole the show with a 44-save performance. Zach Parise and Noah Dobson beat Price with Brock Nelson getting an empty-net goal.

SPECTOR’S NOTE: Before the game, the Canadiens honored Mike Bossy with a video tribute and a moment of silence.

Price didn’t look too bad considering he’d been sidelined for nearly the entire season. He couldn’t be faulted for Parise’s 3-on-0 goal or Dobson’s screened wrister that beat him on the stick side. His teammates dominated much of the play through the first two periods. However, Sorokin was on top of his game in this contest, picking up his seventh shutout to tie a franchise single-season record.

The Florida Panthers picked up their ninth straight win by thumping the Winnipeg Jets 6-1. Jonathan Huberdeau extended his points streak to 13 games with two goals and an assist. Claude Giroux collected three assists and Gustav Forsling scored twice as the Panthers (112 points) moved within two points of the first-overall Colorado Avalanche. Jets captain Blake Wheeler returned to the lineup after missing three games with an upper-body injury.

SPECTOR’S NOTE: Huberdeau now has 108 points and sits two behind the Edmonton Oilers’ Connor McDavid in this season’s scoring race.

This loss could be the dagger in the heart of the Jets’ playoff hopes. They have 81 points with seven games remaining in their schedule, sitting eight points behind the Dallas Stars for the final Western Conference wild-card berth with the Stars holding a game in hand.

TSN: An independent report into the NHLPA’s handling of the Kyle Beach investigation did not find any “individual wrongdoing or institutional failures of policy or procedure”. The Toronto law firm Cozen O’Connor was hired to investigate PA executive director Donald Fehr’s response to concerns raised by two player agents about former Chicago Blackhawks winger Kyle Beach’s allegations he was sexually assaulted by the club’s former video coach Brad Aldrich.

Fehr denied any recollection he’s received a call from one of those agents. However, he didn’t deny the call may have happened.

SPECTOR’S NOTE: Sportsnet’s Elliotte Friedman was critical of the report’s findings. He pointed out Dr. Brian Shaw, a program administrator for the NHL/NHLPA Player Assistance Program, found Beach’s account to be a credible report of sexual assault. “After reading this passage, I don’t understand how anyone can claim there wasn’t any ‘systemic failure’ here,” writes Friedman.

THE DENVER POST: The Colorado Avalanche can clinch first place in the Western Conference with a win tonight over the Carolina Hurricanes.

CALGARY SUN: The Flames get another chance to secure a playoff berth when they face the Arizona Coyotes. They sit atop the Pacific Division with 99 points.

THE PROVINCE: Vancouver Canucks captain Bo Horvat has been sidelined for the remainder of the regular season after taking a shot off his left leg on Thursday against the Coyotes. He’ll be re-evaluated in two weeks when the schedule has ended.

BOSTON HOCKEY NOW: Bruins goaltender Linus Ullmark (upper-body injury) will be sidelined for today’s game against the Pittsburgh Penguins. Brandon Carlo could be in the lineup after the defenseman returned to practice on Friday after missing Thursday’s game.

POST-GAZETTE.COM: Penguins starting goaltender Tristan Jarry is being evaluated for a lower-body injury and didn’t travel with his teammates to Boston.

TORONTO SUN: Maple Leafs defenseman Jake Muzzin will miss this weekend’s games against the Ottawa Senators and New York Islanders due to an undisclosed injury.