In today’s NHL rumor mill, a look at the Ducks’ potential offseason plans and what the future could hold for Coyotes defenseman Anton Stralman and Canucks winger Alex Chiasson.

WHAT’S IN STORE FOR THE DUCKS THIS SUMMER?

THE ATHLETIC: In a recent mailbag segment, Eric Stephens was asked about Anaheim Ducks general manager Pat Verbeek’s plans for the offseason. He observed Verbeek has the assets to make some moves this summer with 14 picks in the first three rounds of the next three NHL drafts. His club also carries $41 million in salary-cap space for next season and must spend to reach the projected $60.8 million cap minimum. 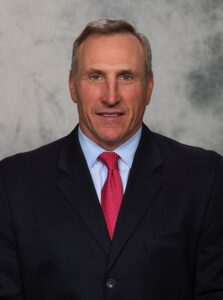 Some of that money will go toward re-signing restricted free agents such as Sonny Milano, Isac Lundestrom and Urho Vaakanainen. Verbeek must also ensure he has sufficient long-term cap room to sign Trevor Zegras, Jamie Drysdale and Troy Terry after next season.

Stephens suggested the Calgary Flames’ Matthew Tkachuk, Columbus Blue Jackets’ Patrik Laine and Winnipeg Jets’ Pierre-Luc Dubois as trade targets. However, he pointed out the high cost of signing those restricted free agents, who could seek short-term deals to take them up to their unrestricted free agent eligibility. Possible UFA targets could include the Tampa Bay Lightning’s Ondrej Palat, Vegas Golden Knights’ Reilly Smith and the Colorado Avalanche’s Andre Burakovsky.

Verbeek subsequently acknowledged his salary-cap space and bushel of draft picks heading into this offseason. However, he told Stephens he intends to invest his assets wisely. “I’m not going to do silly deals, if that’s what you’re asking, even though I’ve got lots of cap space.” If he does pursue some UFA talent, he’ll have to sell them on playing for a club rebuilding around a young core.

The Ducks GM might also have to sell John Gibson on his future plans. Having signed an eight-year deal in 2018, the 28-year-old goaltender will have to decide if he wants to remain with a club in transition.

The decision to pick up the option year in head coach Dallas Eakins contract indicates the direction Verbeek is taking the club. Eakins has bought into management’s rebuilding efforts. Bringing him back also provides some stability after two months of changes since Verbeek took over as general manager.

SPECTOR’S NOTE: Verbeek was among the busiest general managers leading up to last month’s trade deadline, shipping out pending UFAs Hampus Lindholm, Rickard Rakell and Josh Manson to playoff contenders for draft picks and prospects. More changes will be coming to the Ducks this summer with some additions via trades and/or free agency and perhaps another notable player being shipped out if Gibson should request a trade to a contender.

Verbeek could surprise us by pursuing a big-name player such as Tkachuk in the trade market or his Flames teammate Johnny Gaudreau via free agency. However, I think he’s going to adhere to a more patient approach this summer by adding more experienced depth to the supporting cast to take some of the burdens off his promising young players.

LATEST ON STRALMAN AND CHIASSON

GOPHNX.COM: Craig Morgan recently reported Anton Stralman’s tenure with the Arizona Coyotes might not end after this season. Sources tell Morgan the club is interested in signing the 35-year-old defenseman, who’s in the final season of a three-year deal with an annual salary-cap hit of $5.5 million.

Management values the experience and leadership skills Stralman brings to their rebuilding roster. The blueliner is in no rush to decide his future but admitted he and his family enjoy living in the Phoenix area.

THE PROVINCE: Ben Kuzma recently reported Alex Chiasson’s resurgent performance this season is showing value to the Vancouver Canucks. He could also draw interest in this summer’s UFA market. The 31-year-old winger is making the most out of this season after earning a one-year deal following a training-camp tryout last fall.

← NHL Morning Coffee Headlines - April 16, 2022 NHL Morning Coffee Headlines - April 17, 2022 →
We use cookies on our website to give you the most relevant experience by remembering your preferences and repeat visits. By clicking “Accept”, you consent to the use of ALL the cookies.
Do not sell my personal information.
Cookie SettingsAccept
Manage consent