Check out the latest on Shea Weber and Jeff Petry plus a look at which players have skated in their final games with the Golden Knights in today’s NHL rumor mill.

MONTREAL HOCKEY NOW: Marco D’Amico cited TSN’s Darren Dreger claiming the Canadiens came close to shipping the contract of sidelined defenseman Shea Weber before the March trade deadline to the Arizona Coyotes. However, Coyotes management grew impatient over the amount of time it took to sort out the insurance issues and opted instead to acquire Bryan Little’s contract from the Winnipeg Jets. 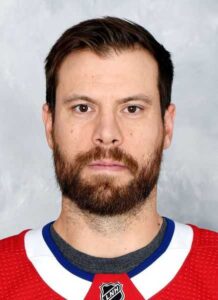 Dreger feels it’s only a matter of time until Weber’s contract is shipped to the Coyotes or perhaps to another club interested in acquiring long-term injury reserve relief.

SPECTOR’S NOTE: Some readers have wondered why a team like the Coyotes would be interested in acquiring the contract of a player on permanent long-term injury reserve. In the case of a budget team like the Coyotes, they must spend to reach the salary-cap floor but want to keep their actual payroll as low as possible. Weber’s $7.857 million cap hit over the next four seasons would allow them to do so.

At the other end, there could be a handful of teams pressed against next season’s $82.5 million cap ceiling looking for an LTIR player to allow them to legally exceed the cap by up to the sidelined player’s annual cap hit. The downside to this is they cannot accrue cap space over the course of the season that can be put toward acquiring players by the trade deadline.

D’Amico also believes Jeff Petry’s improved performance after Martin St. Louis took over as coach should make it easier for the Canadiens to trade him in the off-season. RDS analyst Marc Denis thinks the Habs would still have to include a draft pick as a sweetener in the deal to make the 34-year-old defenseman more enticing in the trade market.

However, D’Amico pointed to Canadiens general manager Kent Hughes claiming he’d had conversations about Petry with several teams leading up to the trade deadline. Hughes indicated he came close to moving the veteran blueliner but the deal failed to materialize. Interest in Petry should pick up in the offseason, enabling the Canadiens to move him without bundling a draft pick or prospect in the deal.

SPECTOR’S NOTE: Petry’s age and $6.25 million annual average value through 2024-25 remain sticking points. Hughes might have to work quickly to find a suitable trade partner willing to take the blueliner’s full contract off his hands without adding a sweetener before teams start spending their available cap space.

MONTREAL GAZETTE: Pat Hickey believes Hughes won’t be able to make any significant moves until he’s got more clarity about Carey Price’s status for next season. If the 34-year-old goaltender requires more surgery on his knee and misses part or most of next season, the Canadiens GM can place Price and his $10.5 million cap hit on LTIR.

Hughes will have to use the savings to bring in a goaltender. Backup Jake Allen struggles under a heavy workload while Samuel Montembault and Cayden Primeau aren’t up to filling the starter’s job on a full-time basis.

SPECTOR’S NOTE: We should learn more about Price’s status before the draft in July. If he’s going to miss substantial time again, Hughes will have to go shopping for a replacement.

Hickey suggested several options via the free-agent market. The St. Louis Blues’ Ville Husso, Colorado Avalanche’s Darcy Kuemper and the Toronto Maple Leafs’ Jack Campbell are among those who could be available this summer, but the Habs will have competition for their services.

WHO HAS PLAYED THEIR FINAL GAMES WITH THE GOLDEN KNIGHTS?

VEGAS HOCKEY NOW: Owen Krepps looked at several players who have probably skated in their final games with the Golden Knights.

Reilly Smith is among the few remaining original Golden Knights. He’s slated to become an unrestricted free agent this summer. A consistent performer coming off a multi-year deal worth $5 million per season, the 31-year-old winger probably won’t be back unless he agrees to a pay cut.

The Golden Knights had a deal in place at the March trade deadline to ship winger Evgenii Dadonov to the Anaheim Ducks. However, it was overturned by the league when it was discovered his no-trade list was still valid and the Ducks were on it. He could be shopped this summer as a cost-cutting move.

Mattias Janmark, Laurent Brossoit and Nolan Patrick could also be cut loose this summer. Like Smith, Janmark is eligible for UFA status this summer. Brossoit and Patrick each have a year remaining on their contracts.

SPECTOR’S NOTE: Cap Friendly shows the Golden Knights sitting at just over $83 million invested in 18 active players next season. Somebody’s gotta go if they hope to be cap compliant and ice a full 23-man roster when the season opens in October. Dadonov and his $5 million cap hit still make him their most-likely salary-dump candidate.

← NHL Morning Coffee Headlines - May 6, 2022 NHL Morning Coffee Headlines - May 7, 2022 →
We use cookies on our website to give you the most relevant experience by remembering your preferences and repeat visits. By clicking “Accept”, you consent to the use of ALL the cookies.
Do not sell my personal information.
Cookie SettingsAccept
Manage consent