DOES GIBSON WANT OUT OF ANAHEIM?

THE HOCKEY NEWS: Steven Ellis cited a tweet by Sportsnet’s Nick Alberga claiming John Gibson has informed the Anaheim Ducks that he’s open to being dealt. The 28-year-old goaltender has five years remaining on his contract with an annual salary cap hit of $6.4 million. 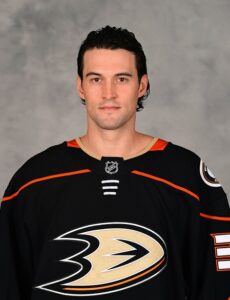 It’s unclear where Gibson would want to play. Ellis listed the Toronto Maple Leafs, Buffalo Sabres, New Jersey Devils and Edmonton Oilers among four clubs that would be looking to address their goaltending this offseason.

WASHINGTON HOCKEY NOW: Sammi Silber believes the Capitals should at least inquire if Gibson is open to a trade. However, the Ducks would have to retain some salary to make it worthwhile for the Capitals.

TSN: Bryan Hayes reported Gibson’s agent dismissed Alberga’s report, claiming there was nothing to it and they don’t want out of Anaheim. Nevertheless, he and panelists Jamie McLennan and Jeff O’Neill didn’t rule it out. McLennan observed Gibson’s contract provides cost certainty, suggesting his stats would improve with a better team in front of him.

SPECTOR’S NOTE: I don’t doubt there would be teams willing to gamble on Gibson if he and the Ducks agree it’s time to part ways. As the TSN panel observed, he’ll be in his early-30s and nearing the end of his contract when the rebuilding Ducks are ready to become contenders. He could be unwilling to waste what remains of his playing prime in that situation.

However, Gibson’s $6.4 million annual average value is a sticking point. Ducks general manager Pat Verbeek could be reluctant to retain any portion of that contract given how many years remain on his contract. There’s also his 10-team no-trade clause, which could feature some of the teams mentioned by Ellis and Silber.

I’m not suggesting there isn’t a market for Gibson. I just believe that moving him could prove easier said than done when the salary cap is only rising by $1 million for next season.

COULD THE CANADIENS SHOP JOSH ANDERSON?

MONTREAL HOCKEY NOW: Marco D’Amico recently reported Canadiens general manager Kent Hughes is getting lots of calls from some rival GMs expressing interest in Josh Anderson. The 28-year-old winger has five years left on his contract with an annual cap hit of $5.5 million.

D’Amico believes Anderson could be an excellent trade chip for the Canadiens if Hughes decides to capitalize on the power forward’s strong reputation around the league. He also cited Sportsnet’s Elliotte Friedman telling Oilers Now host Bob Stauffer that Anderson is a hot commodity right now.

A high-ranking NHL executive told D’Amico the Canadiens haven’t floated Anderson in trade talks. However, they are willing to listen if case a team is willing to meet their high price.

NYI HOCKEY NOW: Stefen Rosner wondered if the New York Islanders could pry Anderson away by offering up the 13th overall pick in this year’s draft. The Canadiens are pressed for cap space and Hughes could have little choice but to unload some players.

The Islanders also have limited cap space for next season. Based on that, Rosen also proposed they offer Quebec native Anthony Beauvillier ($4.15 million annually) for Anderson.

EDMONTON JOURNAL: David Staples cited Bob Stauffer suggesting to Elliotte Friedman it might be a good idea for the Oilers to acquire Anderson if they were to lose winger Evander Kane to free agency.

Friedman countered by suggesting the Oilers would be better off re-signing Kane as they lack the draft picks to meet the Canadiens’ high asking price. Failing that, he recommended finding Kane’s replacement via free agency rather than chasing players through trades.

SPECTOR’S NOTE: I wouldn’t rule out the possibility of the Canadiens listening to offers for Anderson. The fact they’ve set an expensive price tag on him indicates how highly they think of him as a player and a person. Sure, Hughes could move him if someone’s willing to overpay but I doubt he’ll be upset if nobody does.

Would Hughes listen if Isles GM Lou Lamoriello offered up that first-rounder plus Beauvillier? Maybe, but we don’t know if Lamoriello is even looking at anyone on the Canadiens roster. His focus could be elsewhere.

PITTSBURGH HOCKEY NOW: Dan Kingerski suggested the Penguins should consider Tyson Barrie as a replacement for Kris Letang if the latter departs this summer via free agency. He believes the 31-year-old defenseman would fit the Penguins’ style well and would cost nearly $3 million less than the $7.25 million AAV of Letang’s current contract.

VANCOUVER HOCKEY NOW: Rob Simpson suggested Barrie could be a good fit with the Canucks. He doesn’t consider him too old at 31, believing he’d bring qualities and depth that the Canucks could use on their blueline.

SPECTOR’S NOTE: Barrie is signed through 2023-24 with an annual cap hit of $4.5 million and lacking no-trade protection. Some observers suggest he could become a cost-cutting casualty for the cap-strapped Oilers. His improved play this season could have teams like the Oilers, Canucks or perhaps the Dallas Stars looking into his availability this summer.

← NHL Morning Coffee Headlines - June 14, 2022 NHL Morning Coffee Headlines - June 15, 2022 →
We use cookies on our website to give you the most relevant experience by remembering your preferences and repeat visits. By clicking “Accept”, you consent to the use of ALL the cookies.
Do not sell my personal information.
Cookie SettingsAccept
Manage consent