A look at how the Islanders could clear cap space to sign Nazem Kadri and a potential cost-cutting trade candidate for the Bruins in today’s NHL rumor mill.

HOW WOULD THE ISLANDERS CLEAR CAP SPACE FOR KADRI?

NYI HOCKEY NOW: Stefen Rosner cited a source who told him over the weekend that Nazem Kadri could be joining the New York Islanders. However, the hold-up is the Isles need to clear out some salary-cap space. 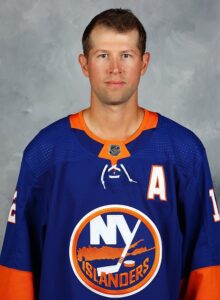 Rosner had no details about Kadri’s rumored deal with the Islanders. However, he believes it could be worth around $7 million annually. With the club currently carrying around $11 million in cap space, Kadri’s anticipated cap hit wouldn’t leave much to re-sign restricted free agent defensemen Noah Dobson and Alexander Romanov.

Under the collective bargaining agreement, teams are allowed to exceed the salary cap by 10 percent during the offseason but must be cap compliant when the regular season begins. Islanders general manager Lou Lamoriello could find it difficult to dump salary with teams knowing it’s to make room for Kadri.

Rosner reports the Islanders are shopping Josh Bailey. The 32-year-old winger carries a $5 million annual cap hit through 2023-24. Rosner suggests his veteran presence could do wonders for rebuilding clubs with cap space such as the Arizona Coyotes or Chicago Blackhawks.

However, Lamoriello would have to add a couple of draft picks or a prospect in the deal to move Bailey. Winger Anthony Beauvillier and goaltender Semyon Varlamov have also appeared in trade rumors but Rosner believes they’re staying put.

SPECTOR’S NOTE: Rosner isn’t the only person to tie Kadri to the Islanders in recent days. There’s speculation the two sides already have an agreement in place but are waiting to announce it once Lamoriello frees up sufficient salary-cap space. Until then, however, it’s still just speculation at this point.

Bailey’s age and contract are sticking points but he did put up a respectable 44 points with the Islanders last season. He also lacks no-trade protection, giving Lamoriello plenty of potential trade partners. I agree with Rosner that the Isles GM will have to include a sweetener or two in the deal as an enticement.

Potential trade partners could also squeeze Lamoriello to part with Beauvillier or Varlamov rather than Bailey.

COULD THE BRUINS SHOP CRAIG SMITH?

THE BOSTON GLOBE: Kevin Paul Dupont recently pondered how the Bruins will free up salary-cap space for their efforts to sign Patrice Bergeron, David Krejci and Pavel Zacha. They have around $4.8 million in salary-cap space.

Dupont points out the Bruins will get some early-season wiggle room by placing Brad Marchand and Charlie McAvoy on long-term injury reserve until they return from offseason surgeries around Dec. 1. However, he’ll have to shed some salary once those players return to the lineup.

Craig Smith could be the likeliest to go. He carries a $3.1 million cap hit for the coming season and becomes a UFA next summer.

SPECTOR’S NOTE: Smith, 32, is a former four-time 20-plus goal scorer who had 16 goals and 36 points last season. He lacks no-trade protection and could interest clubs seeking an experienced middle-six winger. However, the Bruins might have to include a draft pick or prospect as a sweetener in the deal.

Speculation earlier in the offseason suggested Matt Grzelcyk could become a trade candidate. He’s signed through 2023-24 with a $3.67 million AAV.

← NHL Morning Coffee Headlines - August 2, 2022 NHL Morning Coffee Headlines - August 3, 2022 →
We use cookies on our website to give you the most relevant experience by remembering your preferences and repeat visits. By clicking “Accept”, you consent to the use of ALL the cookies.
Do not sell my personal information.
Cookie SettingsAccept
Manage consent