What defensemen could the Leafs target in the trade market? What’s the latest on the Canucks rumored efforts to peddle Tyler Myers? Find out in today’s NHL Rumor Mill.

The Leafs are believed to have some interest in the 24-year-old Chychrun. However, his injury history and the Coyotes’ expensive price tag are areas of concern.

Karlsson’s strong start to this season has bolstered his trade value but his no-movement clause gives him full control. His $11.5 million cap hit through 2026-27 is a stumbling block even if the Sharks retained some of it. 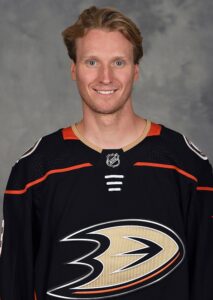 SPECTOR’S NOTE: Chychrun finally made his season debut last night following off-season wrist surgery. He’ll need to stay healthy and perform well in the coming weeks to convince interested clubs that he’s worth the Coyotes’ high asking price. The Leafs might be reluctant to get into that bidding war.

Karlsson is far too expensive for the Leafs even if San Jose retained a healthy chunk of his cap hit. The Sharks will also seek a significant return that could prove too rich for the Leafs. That’s assuming he’d waive his NMC for Toronto.

Klingberg could be the better option here. His $7 million salary for this season is expensive but the Ducks will probably retain part of it for a sweetener in the return. How much they’d want as part of the return could be an issue. Anaheim general manager Pat Verbeek could prefer to wait until the trade deadline in hope of drawing more interest in Klingberg.

The Athletic’s Eric Duhatschek isn’t fully sold on Klingberg. While the blueliner had an impressive 17-point performance during the 2020 playoffs with the Dallas Stars, he managed just one point in their seven-game opening-round defeat at the hands of the Calgary Flames. The 30-year-old Klingberg has eight points in 19 games with the offensively anemic Ducks.

SPECTOR’S NOTE: I don’t see Dumba, Orlov, Dumoulin, Mayfield or Severson being available as long as their respective clubs remain in playoff contention. I think the Blue Jackets will try to re-sign Gavrikov and the Senators will attempt to re-up Zub.

Fox’s colleague Elliotte Friedman reported a couple of sources believe the Leafs are interested in Coyotes defenseman Conor Timmins, who’s currently with their AHL affiliate on a conditioning stint. He also said they were looking at Ducks winger Frank Vatrano but would have difficulty fitting his $3.65 million cap hit within their payroll even if the Ducks retained half of it.

CHEK TV’s Rick Dhaliwal talked about the details of the Vancouver Canucks’ attempt to trade Tyler Myers to the Ottawa Senators for Nikita Zaitsev. He revealed that the 32-year-old defenseman gets a $5 million signing bonus next July 1, which is difficult for most teams to swallow. Dhaliwal believes that’s why the Senators asked for a sweetener in the deal which the Canucks weren’t willing to give up.

THE ATHLETIC: Thomas Drance believes the Canucks would be better off waiting to move Myers after that $5 million is paid next July. He’ll be in the final season of his contract by that point, which could improve his trade value by making him more palatable to interested clubs.

SPECTOR’S NOTE: Once the Canucks pay out that $5 million next July, Myers will be owed just $1 million for the remainder of next season. That could make him attractive to teams looking for teams seeking blueline depth hoping to remain close to the cap minimum.

← NHL Morning Coffee Headlines - November 22, 2022 NHL Morning Coffee Headlines - November 23, 2022 →
We use cookies on our website to give you the most relevant experience by remembering your preferences and repeat visits. By clicking “Accept”, you consent to the use of ALL the cookies.
Do not sell my personal information.
Cookie SettingsAccept
Manage consent