​The Canucks crush the Senators, last week’s three stars are announced, the latest on Pierre-Luc Dubois and David Pastrnak, plus injury/illness updates and much more in today’s NHL morning coffee headlines. 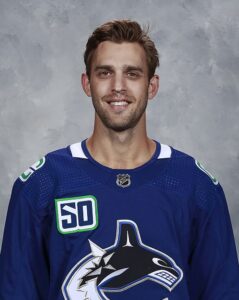 SPECTOR’S NOTE: A big win for the Canucks as their recent struggles were cause for concern among their followers. The two clubs meet again on Wednesday and finish their three-game series on Thursday.

Dubois suggested in a recent interview that those discussions led in part to his trade request. “That’s just flat out not true at all and he knows that, so I don’t know why he would say that or even insinuate something like that, because it’s not true,” said Kekalainen.

SPECTOR’S NOTE: The real reason for Dubois’ trade request will be a hot topic for some time. Some believe it was his relationship with Jackets coach John Tortorella but Dubois has denied this.

There are also lots of guessing behind the trade request of Patrik Laine, who the Jackets swapped for Dubois. Some condemn Jets GM Kevin Cheveldayoff, head coach Paul Maurice and Jets leaders Blake Wheeler and Mark Scheifele for creating a supposed toxic atmosphere that drove Laine away. Others blame the winger’s perceived lackadaisical approach.

CBS SPORTS: David Pastrnak could return to action with the Boston Bruins as soon as Saturday. The 24-year-old winger has been sidelined by offseason hip surgery.

SPECTOR’S NOTE: That’s good news for a Bruins’ offense that has been inconsistent without their leading goal scorer.

CHICAGO TRIBUNE: Blackhawks winger Alex DeBrincat and defenseman Adam Boqvist were added to the NHL’s COVID-19 protocol list on Monday. There’s no confirmation either player has tested positive for the coronavirus.

THE SCORE: The NHL postponed Tuesday’s games between the Carolina Hurricanes and Tampa Bay Lightning. It’s the fourth consecutive Hurricanes game to be postponed. The club currently has five players on the COVID-19 protocol list with three confirmed to have tested positive. The league has released new dates for each of the postponed contests.

ARIZONA REPUBLIC: Former Coyotes GM John Chayka has been suspended to the end of 2021 by the NHL for conduct detrimental to the league and the game. The suspension is reportedly due to Chayka’s departure from the Coyotes last summer.

THE TENNESSEAN: Nashville Predators goaltender Connor Ingram will be away from the club for an indefinite period as he voluntarily entered the league’s player assistance program.

NBC SPORTS CHICAGO: Goaltender Scott Darling has signed a professional tryout offer with the Blackhawks’ AHL affiliate in Rockford, Illinois. Darling spent three seasons with the Blackhawks from 2014-15 to 2016-17, helping them win the Stanley Cup in 2015. 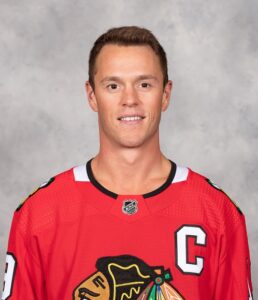 ← Assessing Five Recent Notable NHL Player Moves NHL Rumor Mill - December 30, 2020 →
We use cookies on our website to give you the most relevant experience by remembering your preferences and repeat visits. By clicking “Accept”, you consent to the use of ALL the cookies.
Do not sell my personal information.
Cookie SettingsAccept
Manage consent