​The NHL’s annual trade deadline, set this year at 3 pm ET on March 21, is always an exciting point on the league calendar for hockey fans.

Rumors always abound among the press and social media in the days leading up to the deadline over which notable players could be on the move, stoking excitement and expectation among the fans.

Once the deadline is passed and the dust settles, there follows a plethora of media assessments over which teams “won” and “lost” the deadline deals. The winners are usually the clubs that landed the best players and thus sufficiently improved their chances of winning the Stanley Cup

NHL history is replete with examples of teams acquiring key players before the trade deadline who helped them become Cup champions. The New York Islanders landing Butch Goring in 1980, the Pittsburgh Penguins dealing for Ron Francis in 1991, the Detroit Red Wings bringing in Larry Murphy in 1997, the Colorado Avalanche trading for Rob Blake in 2001 and the Los Angeles Kings taking on Jeff Carter in 2012 and Marian Gaborik in 2014 are several notable examples.

In most cases, however, the teams considered trade deadline “winners” don’t go on to win the Stanley Cup. 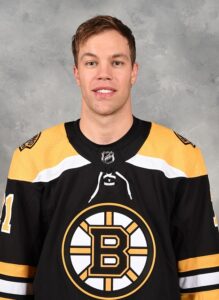 For example, the Boston Bruins were considered a winner at last year’s deadline for landing former Hart Trophy winner Taylor Hall. So was the Toronto Maple Leafs after pulling off a clever three-team move to land forward Nick Foligno.

In the end, the Bruins only reached the second round of the 2021 playoffs while the Leafs were upset in the opening round. Meanwhile, the Tampa Bay Lightning went on to win the Stanley Cup with their biggest move being the acquisition of depth defenseman David Savard.

In 2020, the Pittsburgh Penguins acquired Patrick Marleau while the Carolina Hurricanes landed Vincent Trocheck among three of their deadline moves. However, it was the Lightning who went on to win the Cup, thanks in part to adding depth forwards Blake Coleman and Barclay Goodrow. The Penguins, meanwhile, were bounced from the qualifying round while the Hurricanes came up short in the first round.

The 2019 trade deadline saw the Columbus Blue Jackets acquire Matt Duchene among several moves designed to turn the Jackets into a contender before Artemi Panarin and Sergei Bobrovsky departed that summer as free agents. Those moves helped them win their first playoff round in franchise history but that’s as far as they got. The Vegas Golden Knights acquired winger Mark Stone from the Ottawa Senators and signed him to a long-term extension. While the Golden Knights got themselves a top-flight two-way talent, it hasn’t helped them win that elusive Cup.

This isn’t to lay the blame on the players acquired by the teams that “won” the deadline but failed to win the Cup. In most cases, they couldn’t be faulted for their new clubs’ inability to advance.

Acquiring a player at the trade deadline, even a very good or great one, can be a crap-shoot. Sometimes, the move pans out and sometimes it doesn’t. The player could be among the best on his new team but they fail to go all the way because of other roster issues that management failed to address or never foresaw.

That doesn’t mean a general manager shouldn’t avail himself of the opportunity to improve his roster at the trade deadline, even if it means sometimes overpaying in terms of draft picks and prospects for a short-term acquisition who could depart as a free agent in the offseason. Sometimes, it’s worth the gamble. It can also prove to be a worthwhile long-term acquisition if the player re-signs or still has term on his contract.

Trade-deadline moves can certainly help to improve an NHL roster be it for one playoff round or several. Those moves can even help a club remain among the Cup contenders for several years.

← Sunday NHL Rumor Roundup (Part Two) - March 20, 2022 Giordano to the Leafs, Hamonic to Senators, Hagg to Panthers →
We use cookies on our website to give you the most relevant experience by remembering your preferences and repeat visits. By clicking “Accept”, you consent to the use of ALL the cookies.
Do not sell my personal information.
Cookie SettingsAccept
Manage consent