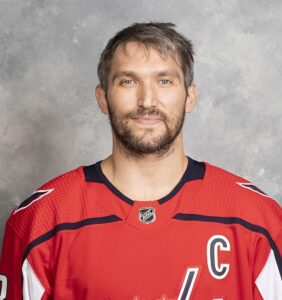 ​Recaps of Tuesday’s games plus the latest on Jake Muzzin, Steven Stamkos,  and more in today’s NHL morning coffee headlines. 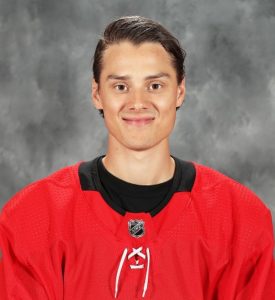 NHL.COM: The Carolina Hurricanes are the first team to advance past the qualifying round, defeating the New York Rangers 4-1 to sweep their best-of-five series. The Hurricanes scored four unanswered goals, including two by Sebastian Aho, while James Reimer made 38 saves for the win. Chris Kreider tallied the only goal for the Rangers.

SPECTOR’S NOTE: This series saw dominant performances by Aho and linemate Andrei Svechnikov. The young Hurricanes forwards proved too much for the Rangers to contain. Aho leads all playoff scorers with eight points, while Svechnikov has three goals and five points in three games.

Auston Matthews’s second-period goal was the game-winner and Frederik Andersen had a 20-save shutout as the Toronto Maple Leafs blanked the Columbus Blue Jackets 3-0, tying their qualifying round series at a game apiece. John Tavares and Morgan Rielly also tallied for the Leafs. The Maple Leafs win was overshadowed by Jake Muzzin being stretchered from the ice late in the game with a suspected head/neck injury after a cross-check by Jackets center Pierre-Luc Dubois sent the defenseman colliding awkwardly with Jackets winger Oliver Bjorkstand. Muzzin was taken to a local hospital and was reportedly able to move his limbs.

SPECTOR’S NOTE: Here’s hoping Muzzin will be ok. It remains to be seen how long he’ll be at the hospital and if he’ll have to undergo the mandatory four-day quarantine before rejoining his teammates. The Leafs had the better of the play in this game, outshooting the Jackets 39-20.

Sean Monahan had a goal and two assists as the Calgary Flames downed the Winnipeg 6-2 to take a 2-1 series lead. Monahan’s linemates Johnny Gaudreau and Elias Lindholm each had a goal and an assist, as the Flames went three-for-four on the power play. The injury-depleted Jets suffered another casualty as Mathieu Perreault left the game following a big hit from Flames forward Sam Bennett. Winnipeg defenseman Tucker Poolman left the game briefly left the game for stitches after taking a puck to the face.

SPECTOR’S NOTE: This was a very physical game that left both sides battered, but the Jets got the worst of it. Already down two players with stars Mark Scheifele and Patrik Laine sidelined, they cannot afford to lose more regulars. They also need more production from first-liners Blake Wheeler and Kyle Connor, who’ve both been held to just one point in this series.

The New York Islanders tallied three unanswered goals to double up the Florida Panthers 4-2 and take a 2-0 series lead. Jordan Eberle tallied twice as the Isles overcame 1-0 and 2-1 deficits. Mike Hoffman and Keith Yandle each had two points for the Panthers. The Islanders can wrap it up in Game 3 later today. Following the game, Panthers defenseman Mike Matheson was fined $2,500.00 for high-sticking Isles center Brock Nelson.

SPECTOR’S NOTE: The Islanders showed lots of poise in this game. They didn’t get rattled when they fell behind and garnered momentum after Matt Martin made it 2-2. It was a disappointing outcome for the Panthers, who played much better in this game but couldn’t hold the lead.

J.T. Miller and Bo Horvat each had a goal and an assist as the Vancouver Canucks held on to edge the Minnesota Wild 4-3 and tie their series at a game apiece. Canucks goaltender Jacob Markstrom turned in a 34-save performance. Kevin Fiala scored two late goals for the Wild. The Canucks successfully killed off six penalties in this contest but also lost winger Micheal Ferland to an undisclosed injury in the first period.

SPECTOR’S NOTE: A strong bounce-back effort for the Canucks, who looked flat in Game 1. They also tweaked their roster, with Jake Virtanen and Loui Eriksson entering the lineup for this one. Tyler Toffoli missed this game with an injured foot suffered in Game 1.

Nashville Predators’ goaltender Juuse Saros made 24 saves for his first career postseason win, backstopping his club to a 4-2 victory over the Arizona Coyotes to tie their series at a game apiece. Ryan Johansen had a goal and an assist as the Preds rolled to a 4-0 lead before the Coyotes tallied twice in the final minute of regulation.

SPECTOR’S NOTE: After falling behind early in Game 1, it was the Predators’ turn to ride an early lead to victory. Apart from brief flurries from the Coyotes, the Preds largely controlled the play, especially when Calle Jarnkrok made it 3-0. Coyotes backup goalie Antti Raanta was declared “unfit to play” after leaving the bench mid-game and won’t suit up for Game 3 later today.

TAMPA BAY TIMES: Lightning captain Steven Stamkos won’t be in the lineup when his club faces off today in round-robin play against the Boston Bruins. Though he’s skated with his teammates in recent days, he’s still recovering from an injury suffered during Phase 2 training.

NBC SPORTS BOSTON: Bruins winger Jack Studnicka will be a healthy scratch from today’s game against the Lightning. He’ll be replaced by Nick Ritchie.

STLTODAY.COM: Blues forward Ivan Barbashev is returning to St. Louis to attend the birth of his first child. He’s expected to rejoin his teammates for the first round of the playoffs.

THE SCORE: Former Washington Capitals winger Brendan Leipsic signed a one-year contract with KHL club CSKA Moscow. He was released from his contract in May when inappropriate comments he made on a group chat were leaked to social media.