​Jets eliminated from the qualifying round in today’s recaps of Thursday’s games, the date for Phase 2 of the 2020 NHL Draft Lottery is revealed, and more in the NHL morning coffee headlines.

NHL.COM: The Winnipeg Jets became the second team eliminated from the qualifying round as they were blanked 4-0 by the Calgary Flames in Game 4 on Thursday night. Cam Talbot turned in a 31-save shutout, Dillon Dube scored the eventual game-winner while Sean Monahan and Sam Bennett each had a goal and an assist. 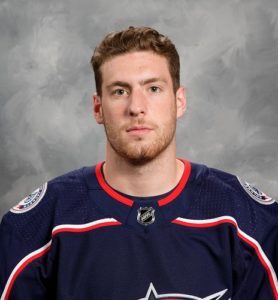 SPECTOR’S NOTE: A dominating physical performance by the Flames over the shorthanded Jets, whose fate was sealed when scoring forwards Mark Scheifele (Achilles tendon) and Patrik Laine (wrist) were sidelined in Game 1. The Jets remain eligible to win Phase 2 of the upcoming NHL Draft Lottery and the chance to select top prospect Alexis Lafreniere.

Columbus Blue Jackets’ center Pierre-Luc Dubois’ hat trick (including the game-winner) completed his club’s comeback from a 3-0 deficit to down the Toronto Maple Leafs 4-3 in overtime. The Jackets hold a 2-1 series lead and can wrap things up later today in Game 4. The Jackets’ fortunes turned after pulling goalie Joonas Korpisalo in the second period for Elvis Merzlikins, who stopped all 21 shots he faced from the Leafs.

SPECTOR’S NOTE: The Leafs seemingly had this game well in hand but, as we saw during the regular season, their lack of defensive depth once again proved to be their undoing. Dubois was a one-man wrecking crew but his teammates also stepped up as the Jackets outshot the Leafs 37-27 from the second period onward.

The Vancouver Canucks beat the Minnesota Wild 3-0 to take a 2-1 lead in their qualifying series. Jacob Markstrom made 27 saves for the shutout, Quinn Hughes collected three assists, and Elias Pettersson and Brock Boeser each had a goal and an assist.

SPECTOR’S NOTE: Four of the Canucks’ best players came through in this physical contest with the Wild. They’ll have a chance to finish this series later today.

Scott Laughton’s two goals powered the Philadelphia Flyers over the Washington Capitals 3-1 in round-robin play. Laughton and teammate Kevin Hayes each had three points. Capitals center Evgeny Kuznetsov was benched for most of the third period.

NHL.COM: Phase 2 of the 2020 NHL Draft Lottery will be held on Monday, Aug. 10 at 6 pm ET to complete the order of the top 15 selections. The winner will get the first-overall selection.

CBS SPORTS: Florida Panthers left wing Jonathan Huberdeau (leg) skipped practice yesterday but is expected to be in the lineup today for Game 4 of his club’s qualifying-round series with the New York Islanders. The Isles hold a 2-1 series lead.

Arizona Coyotes center Nick Schmaltz (undisclosed) skated yesterday at practice, raising speculation he could be in the lineup for Game 4 later today against the Nashville Predators. The Coyotes lead the series 2-1.

TSN: Edmonton Oilers winger Tyler Ennis is sidelined indefinitely with a suspected leg injury. The Oilers are down 2-1 in their series with the Chicago Blackhawk with Game 4 set for later today.

Montreal Canadiens winger Jakes Evans is doubtful for Game 4 today against the Pittsburgh Penguins. He suffered a suspected upper-body injury in Game 3 on Wednesday. The Canadiens lead the series 2-1.

NHL.COM: Carolina Hurricanes defenseman Dougie Hamilton has resumed practicing with his teammates after missing their entire qualifying-round series with the New York Rangers. He’s hoping to return to action in their first-round playoff series next week. ← NHL Rumor Mill - September 8, 2018 Sunday NHL Rumor Roundup - September 9, 2018 →
We use cookies to ensure that we give you the best experience on our website. If you continue to use this site we will assume that you are happy with it.Ok