Updates on the Lightning and Predators in NHL Rumor Roundup

Updates on the Lightning and Predators in NHL Rumor Roundup

​Check out the latest Penguins, Panthers, Oilers, and Predators speculation as they head into the off-season in today’s NHL rumor mill.

ESPN.COM: Emily Kaplan and Greg Wyshynski examined some off-season keys for the Pittsburgh Penguins following their qualifying-round exit. The Pens must decide between restricted free agent goaltenders Matt Murray and Tristan Jarry. They also need to shore up their blueline and are expected to re-sign most of their young RFA forwards.

PITTSBURGH POST-GAZETTE: Matt Vendel wondered if the Penguins will move on from Murray just three years after choosing him over Marc-Andre Fleury. Given their limited salary-cap space, he also speculated over whether general manager Jim Rutherford might dangle veteran defenseman Kris Letang in the trade market to shake up the core or perhaps think even bigger. 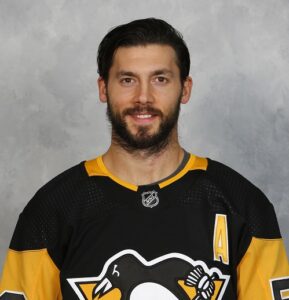 SPECTOR’S NOTE: Some observers think the decision to start Jarry over Murray in that crucial fourth game against the Canadiens indicates the latter could hit the trade block following the post-season. Murray will be more expensive to re-sign than Jarry. With the cap remaining flat, that could seal Murray’s fate.

Cap Friendly indicates Letang has a list of 18 preferred trade destinations.  Moving a 33-year-old defenseman carrying an annual average value of $7.25 million on a contract with two seasons remaining won’t be easy in this new economic environment.

ESPN.COM: Kaplan and Wyshynski wondered what will become of Florida Panthers GM Dale Tallon after reports emerged Friday saying the club would soon part ways with him. They need to build up their roster depth but they’re also reportedly planning to cut payroll for next season.

THE HOCKEY NEWS: Matt Larkin speculates winger Mike Hoffman and Evgenii Dadonov could be departing via the unrestricted free agent market as it could cost a combined $15 million to re-sign them. Larkin believes improving the blue line should be the Panthers’ priority.

FLORIDA HOCKEY NOW: Rob Simpson noted defenseman Mike Matheson was scratched from the Panthers’ lineup following his poor performances in the first two games of their qualifier against the New York Islanders. Matheson could draw some interest in the trade market, where his affordable $4.25-million AAV would be a good selling point. His modified no-trade clause doesn’t kick in until 2021-22.

SPECTOR’S NOTE: Tallon attempted to improve the Panthers’ defense corps before the trade deadline but didn’t find any deals to his liking. The decline in Matheson’s performance saw him briefly surface in this season’s rumor mill. Maybe a change of scenery will do him good, depending on how much interest he draws in the trade market.  Dadonov and Hoffman could be moving on If the Panthers are planning to cut payroll.

ESPN.COM: Kaplan and Wyshynski believe the Edmonton Oilers must provide more support for superstars Connor McDavid and Leon Draisaitl. Both carried the bulk of the offensive load in their qualifying series loss to the Chicago Blackhawks. The Oilers need two-way forwards, they must sort out their defense, and upgrade their goaltending.

THE ATHLETIC: Daniel Nugent-Bowman feels adding another offensive forward and a top-four defenseman should be imperative for the Oilers. He also recommends adding a bottom-six forward and a replacement in goal for Smith.

SPECTOR’S NOTE: The Oilers could stick with the promising young defensemen within their system. They must find a reliable starter. Mike Smith is aging and Mikko Koskinen is inconsistent. Affordable two-way forwards should be available via trades or free agency. With over $71.3 million invested in 17 players, finding sufficient cap space could be an issue.

ESPN.COM: Kaplan and Wyshynski believe the Nashville Predators must decide if they can afford to re-sign Mikael Granlund and Craig Smith or determine which one to keep. They also wonder if center Kyle Turris will factor into their plans. He’s struggled in Nashville but his $6-million annual salary through 2023-24 makes him difficult to move.

THE HOCKEY NEWS: Ken Campbell wonders if it’s time for the Predators to promote GM David Poile and bring in a new look to their front office. They’ve been on the decline since reaching the 2017 Stanley Cup Final and winning the Presidents’ Trophy in 2018.

SPECTOR’S NOTE: As Campbell points out, scoring depth has long been a problem for the Predators. Cap space will be an issue as they’re carrying over $72.2 million committed to 17 players. Shedding Turris would help but his salary and performance won’t be palatable to other teams this summer. Poile is the only general manager in Predators’ history, but it could be time for a fresh outlook.

NHL.COM: Shootout goals by Filip Forsberg and Matt Duchene gave the Nashville Predators a 6-5 win over the New Jersey Devils. Forsberg also scored twice in regulation, while Devils forward Pavel Zacha scored two goals and collected an assist. The Predators (55 points) are two points behind the Vegas Golden Knights for the final Western Conference wild-card spot. The win was the 1,507th of Predators GM David Poile’s career, moving him past Glen Sather into first place for most victories for an NHL general manager. The Montreal Canadiens kept their fading playoff hopes alive by downing the Buffalo Sabres 3-1. Winger Brendan Gallagher marked his return to the roster following a six-game absence by tallying the game-winning goal. Sabres captain Jack Eichel netted his 30th of the season. The Habs sit eight points out of a wild-card spot in the Eastern Conference.

SPORTSNET: Speaking of the Coyotes, they acknowledged reports of employing illegal tactics recruiting tactics but declined to comment on any potential investigation. Some CHL teams accused the club of putting draft-eligible players through physical testing, which isn’t allowed before the annual NHL combine in June. They could face fines of $250K or more.

NBC SPORTS BAY AREA: Bad news for the struggling San Jose Sharks, as winger Tomas Hertl is out for the season after suffering torn knee ligaments during Wednesday’s loss to the Vancouver Canucks.

SPECTOR’S NOTE: With the Sharks sinking toward the bottom of the Western standings, Hertl’s injury could be the final nail in the coffin for this season.

SPECTOR’S NOTE: It appears Backes simply won’t be playing for a while as the Bruins consider their options. He won’t be suspended, he’s not retiring, and his contract won’t be terminated. I’ll have more on his situation in the rumors section.

← NHL Rumor Mill - January 24, 2020 What We Learned This Week In The NHL: Week 16 →
Next Entries »
We use cookies on our website to give you the most relevant experience by remembering your preferences and repeat visits. By clicking “Accept”, you consent to the use of ALL the cookies.
Do not sell my personal information.
Cookie SettingsAccept
Manage consent